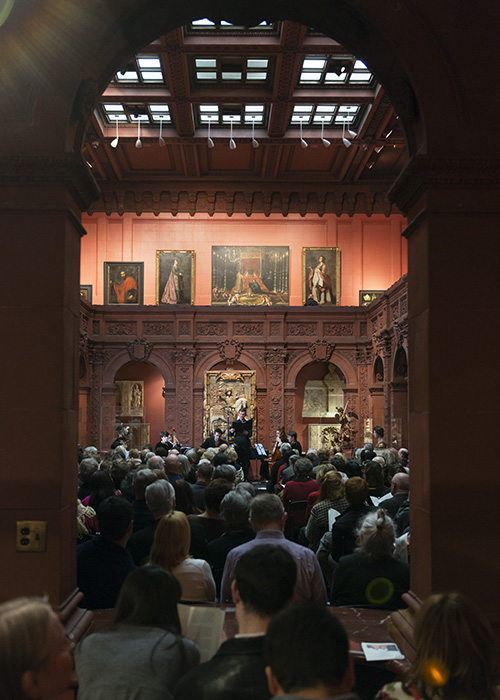 Performed by MERIDIONALIS and directed by Dr. Sebastian Zubieta

The music collection at the Hispanic Society is one of New York City’s best-kept secrets which deserves to be better known by the public. This archive of musical manuscripts –one of the largest dedicated to Spanish vocal music outside Europe– is built upon the library of Federico de Olmeda, organist at the cathedral in Burgos in the nineteenth century and a distinguished scholar of his country’s music. Olmeda’s music library, acquired by the HSA in 1910, includes manuscripts and rare editions of scores and musical treatises from the 15–19th centuries. The library also contains other musical scores from Spain and the Spanish-American colonies that give it significant breadth.

The program is dedicated to tonos humanos for vocal soloists and instruments. This genre of secular song was very popular among Spanish baroque composers. Of particular interest in this program are pieces by Juan Hidalgo, one of the leading Spanish composers of the 17th century, whose music was almost completely lost when a fire broke out in the library of Madrid’s Royal Alcazar where his compositions had been kept at the request of King Philip V.