New York, The Hispanic Society of America, A108 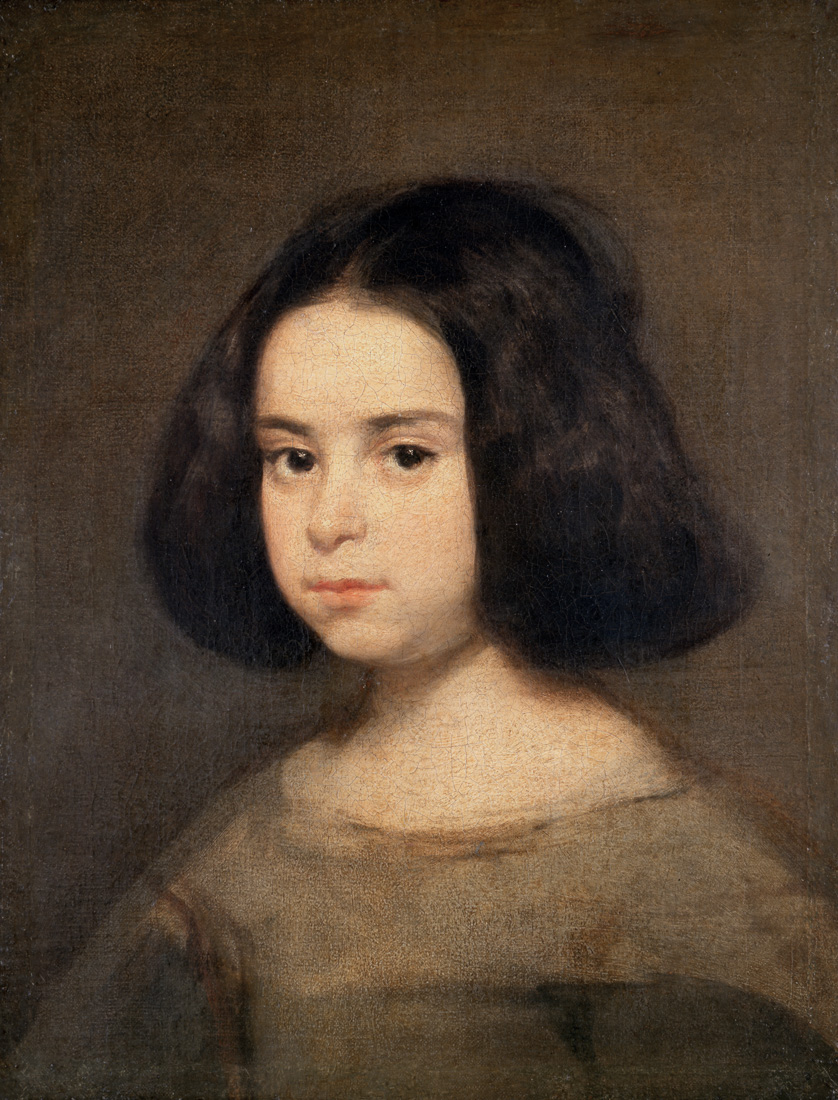 Although much about this painting remains mysterious, the Hispanic Society’s portrait of a young girl is one of Velázquez’s most appealing works. The work resembles a group of pictures dating from the late 1630s for its style and brushwork, including the portraits of Juan Martínez Montañés (late 1635; Madrid, Museo del Prado, inv. P01194); Francesco I d’Este, Duke of Modena (October 1638; Modena, Galleria Estense, inv. 472); and the closest in terms of brushwork and conception, A Lady with a Fan (1638–39: London, Wallace Collection, inv. P88). Elizabeth du Gué Trapier makes a particularly compelling comparison to the Wallace Collection canvas, reluctantly noting the “arbitrary” date of 1648 then assigned to the piece. In any case, the work cannot be later than the “Fraga” Portrait of Philip IV of 1644 (New York, The Frick Collection, inv. 1911.1.123), with its loose, almost impressionistic brushwork. A date of ca. 1638–42 seems most plausible, with Jonathan Brown, José López-Rey, and most recent scholars implicitly concurring. Conservation of the picture has revealed even more clearly the stunning naturalism and immediacy of the picture, thus confirming such a dating.

This portrait is presumed to be the picture listed in Velázquez’s death inventory under no. 178, “another portrait, of a [young] girl,” (“178–Otro retrato, de vna niña”). While the vague entry makes any certain identification impossible, the Hispanic Society work is the only extant image by Velázquez that fits the inventory description. Scholars continue to puzzle over the identification of the figure, but the picture undeniably represents an intimate portrayal of someone probably close to the artist. Moreover, it occupies a distinct place in his oeuvre as one of only two images he created of non-royal children, and the only one as a single figure portrait.

Who is this charming but solemn young lady, with just a hint of a smile? Judging from the size of her head in relation to her shoulders, she should be about six to eight years old. Since Aureliano de Beruete, it has been assumed that she is one of Velázquez’s grandchildren—that is, a daughter of the painter’s daughter Francisca Velázquez de Silva y Pacheco and his assistant, Juan Bautista Martínez del Mazo, who were married in 1633. The identification formerly rested on the resemblance between the sitter and an adolescent in Mazo’s 1662–65 family portrait (Vienna, Kunsthistorisches Museum, Gemäldegalerie, inv. GG-320)—although this is impossible, since the adolescent’s birth date would have fallen after the presumed date of the picture. The most likely candidate of Velázquez’s documented granddaughters is Inés Manuela, born 16 August 1638, who would have been six years old in 1644, again too late for the presumed date of the painting.

Whoever she was, the young lady has a hypnotic presence. In this seemingly casual composition, Velázquez has achieved the maximum effect with an absolute minimum of artistic means. One technical detail is sufficient to prove that the viewer is in the hands of a great master: the shimmering highlights animating the sitter’s dark hair. 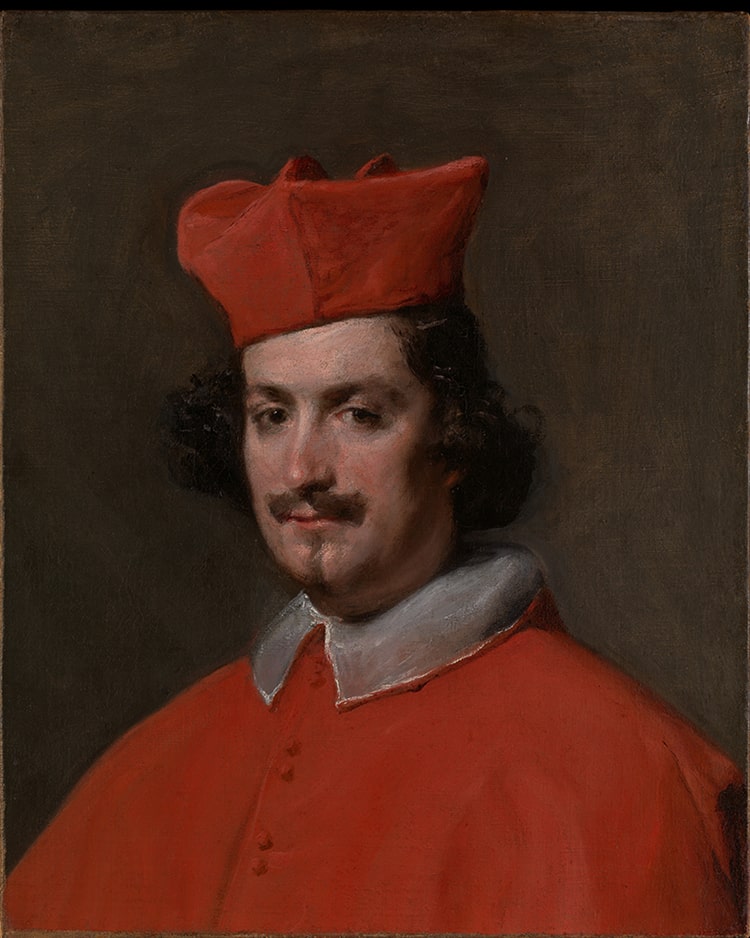 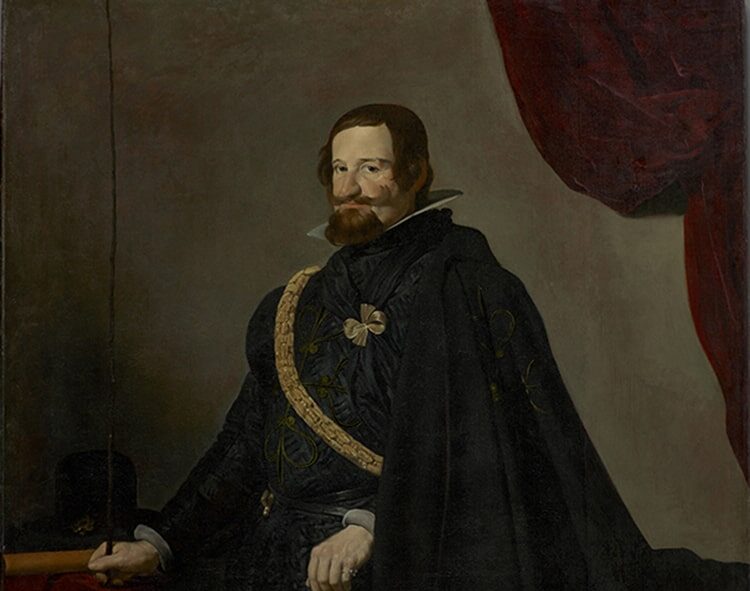 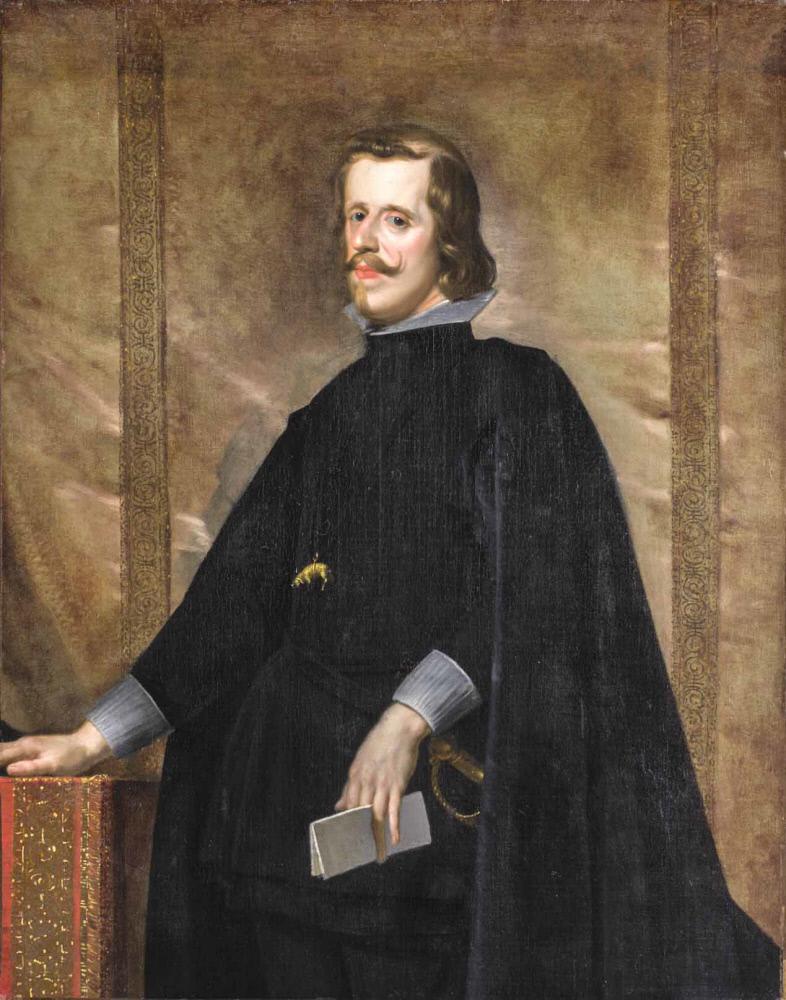