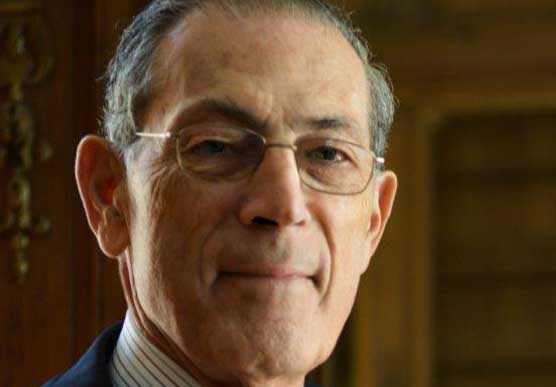 The Hispanic Society of America announced today the election of Philippe de Montebello as Chairman of the Board, following the retirement of George B. Moore who had served as a Trustee since 1995 and as Chairman since 2004. Mr. de Montebello officially assumed the chairmanship at the Society’s Annual Meeting held on April 1, 2015. Mr. Francisco A. Lorenzo, who has served as a Trustee since 2005, was elected Vice Chairman at the Annual Meeting.

“It is a great honor and privilege to have been asked to lead The Hispanic Society of America’s Board of Trustees at a time when the institution is poised to expand its programs and its visibility” said Mr. de Montebello. “The Hispanic Society of America is a major art museum whose collection of Spanish and Latin American art in all media is absolutely world class, indeed unparalleled in its quality and scope,” he added.

Mr. Lorenzo, widely known by his nickname Frank, is Chairman of Savoy Capital, Inc., a private investment firm, and was for eighteen years Chairman, CEO and control shareholder of Continental Airlines, Inc. and its predecessor Texas International Airlines.

Mitchell A. Codding, Executive Director and President of the Hispanic Society: “We are all thrilled to have the leadership of Mr. de Montebello who is such a respected figure in the world of art and museums.”

Mr. Codding added “Mr. de Montebello’s prominence and wealth of experience from years of successful Museum leadership will be invaluable as we move forward with plans to expand our audience, programs, and facilities. I feel privileged to have the opportunity to work under his leadership in our shared mission of preserving, modernizing, and realizing the full potential of a unique New York artistic and cultural institution. Likewise, Mr. Lorenzo’s business experience will prove invaluable in his role as Vice Chairman.”

Following his retirement, Mr. de Montebello became the first scholar in residence at the Prado Museum in Madrid, and he launched a new academic career as the first Fiske Kimball Professor in the History and Culture of Museums at the Institute of Fine Arts of New York University. Mr. de Montebello is the television co-host with Paula Zahn of the Emmy Award winning WNET/PBS weekly series NYC-ARTS.

Mr. de Montebello is the recipient of both the National Medal of the Arts, and the National Medal of the Humanities. He is an Officier de la Légion d’Honneur and a recipient of Spain’s Order of Isabel la Católica, Encomienda de Número. Prominent among his academic awards are honorary doctorates from Harvard University and New York University. In 2008 Mr. de Montebello was elected to the Board of Trustees of the Musée d’Orsay in Paris, in 2012 he was elected Honorary Trustee of the Prado Museum in Madrid, and the same year was elected to the French Académie des Beaux Arts.

The Hispanic Society of America
The Hispanic Society of America, located on Audubon Terrace in upper Manhattan west of Broadway between 155th and 156th Streets, was founded in 1904 by Archer Milton Huntington (1870-1955) as a free public museum and research library for the study of the arts and cultures of Spain, Latin America, the Philippines, and Portugal. The collections of manuscripts, rare books, and works of art assembled by the founder, as well as the subsequent acquisitions, are unique in their scope and quality. The Museum exhibits Spanish and Latin American masterworks of painting, sculpture, and the decorative arts from the Middle Ages up to the 20th century. In the Prints and Photographs collection, 15,000 prints afford a unique view into the graphic arts in Spain from the 17th to the early 20th century, while more than 175,000 photographs from 1850 onwards document the art, culture, and customs of Spain, Latin America, and the Philippines.

The Library is a preeminent center for research on Spanish, Latin American, Philippine, and Portuguese art, history, and literature with over 200,000 manuscripts dating from the 11th through 20th centuries, and over 300,000 printed books that include over 15,000 volumes printed before 1700. The Museum and Library are open to the public Tuesday through Saturday, 10:00am – 4:30pm, and the Museum is open Sunday, 1:00 – 4:00pm.