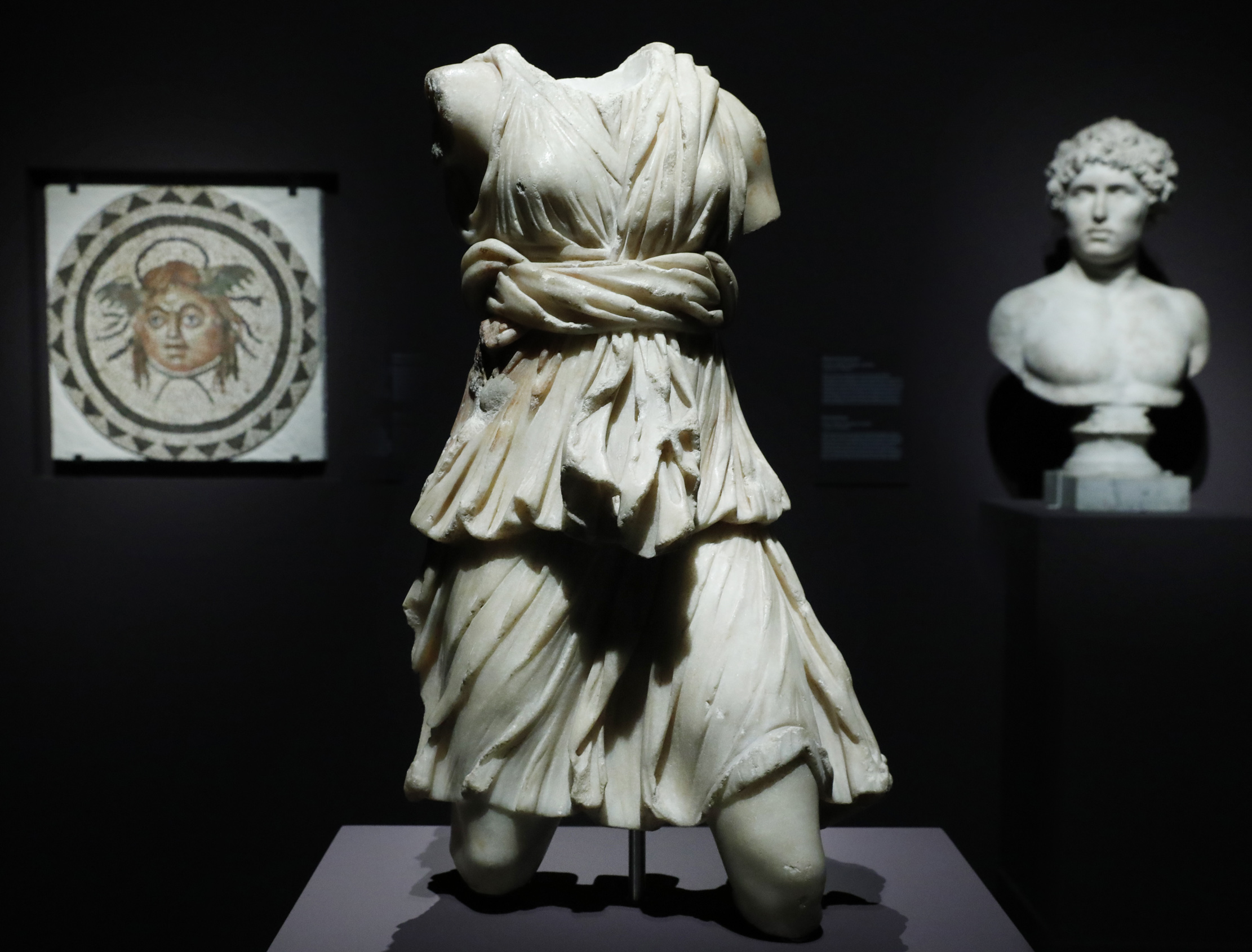 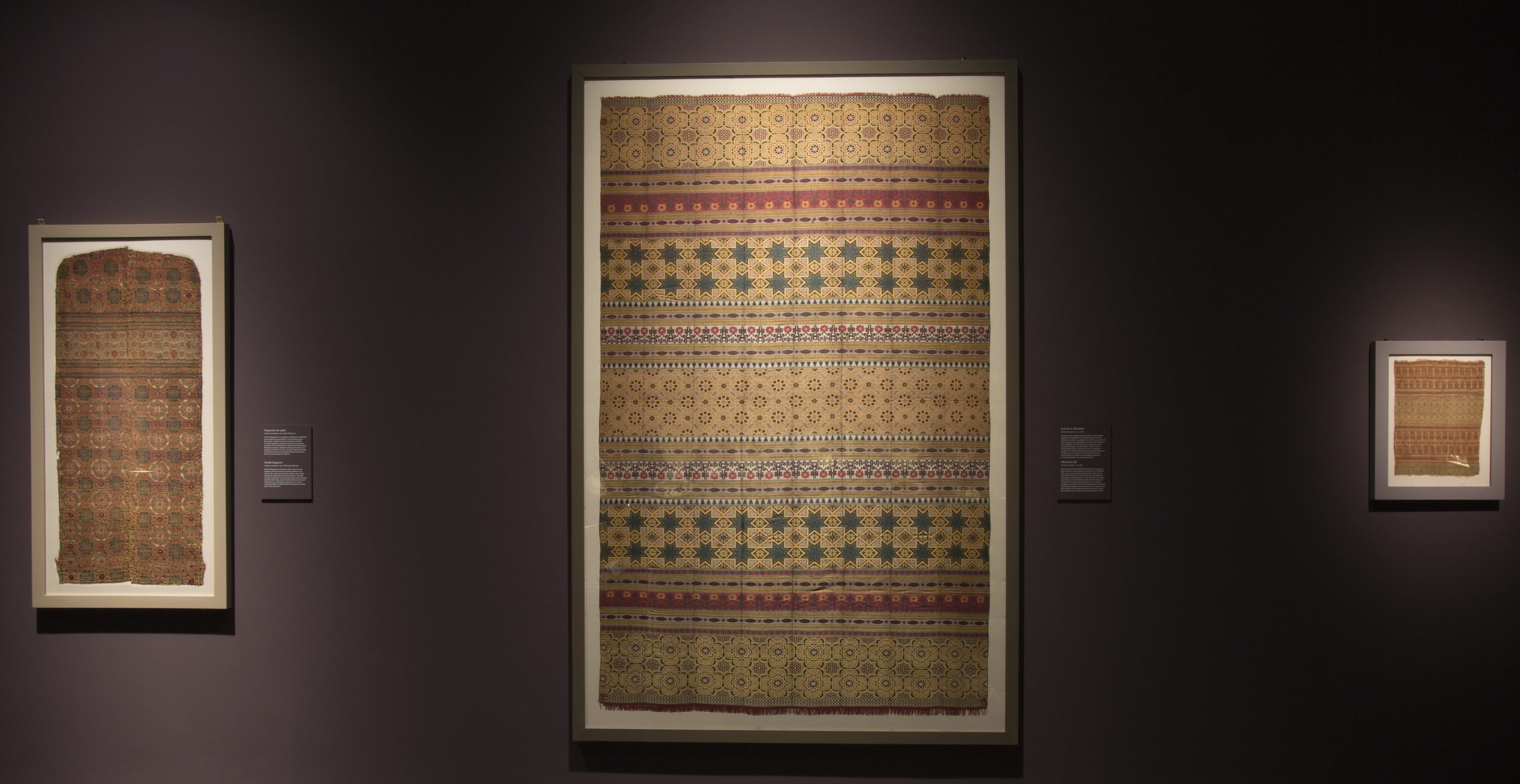 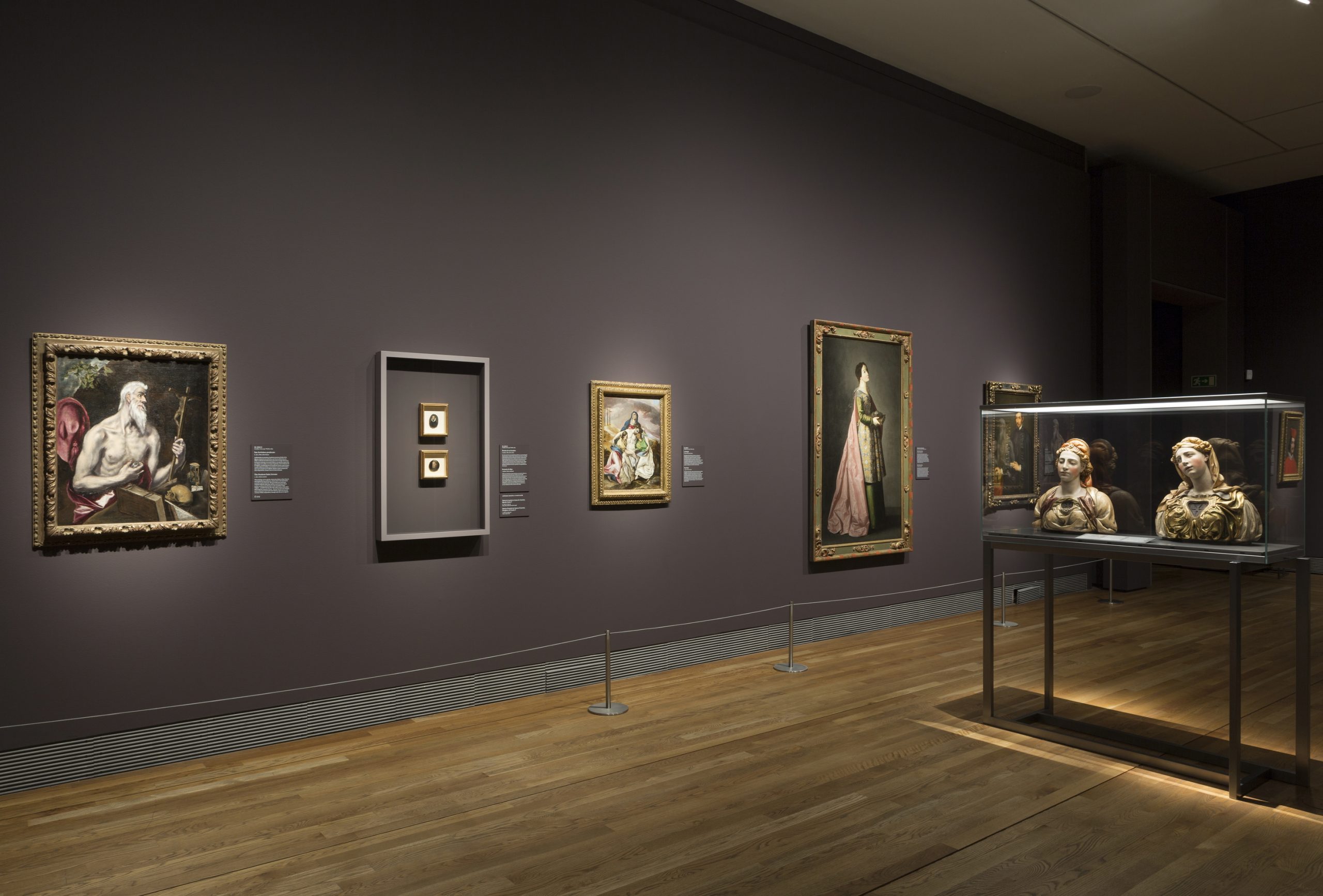 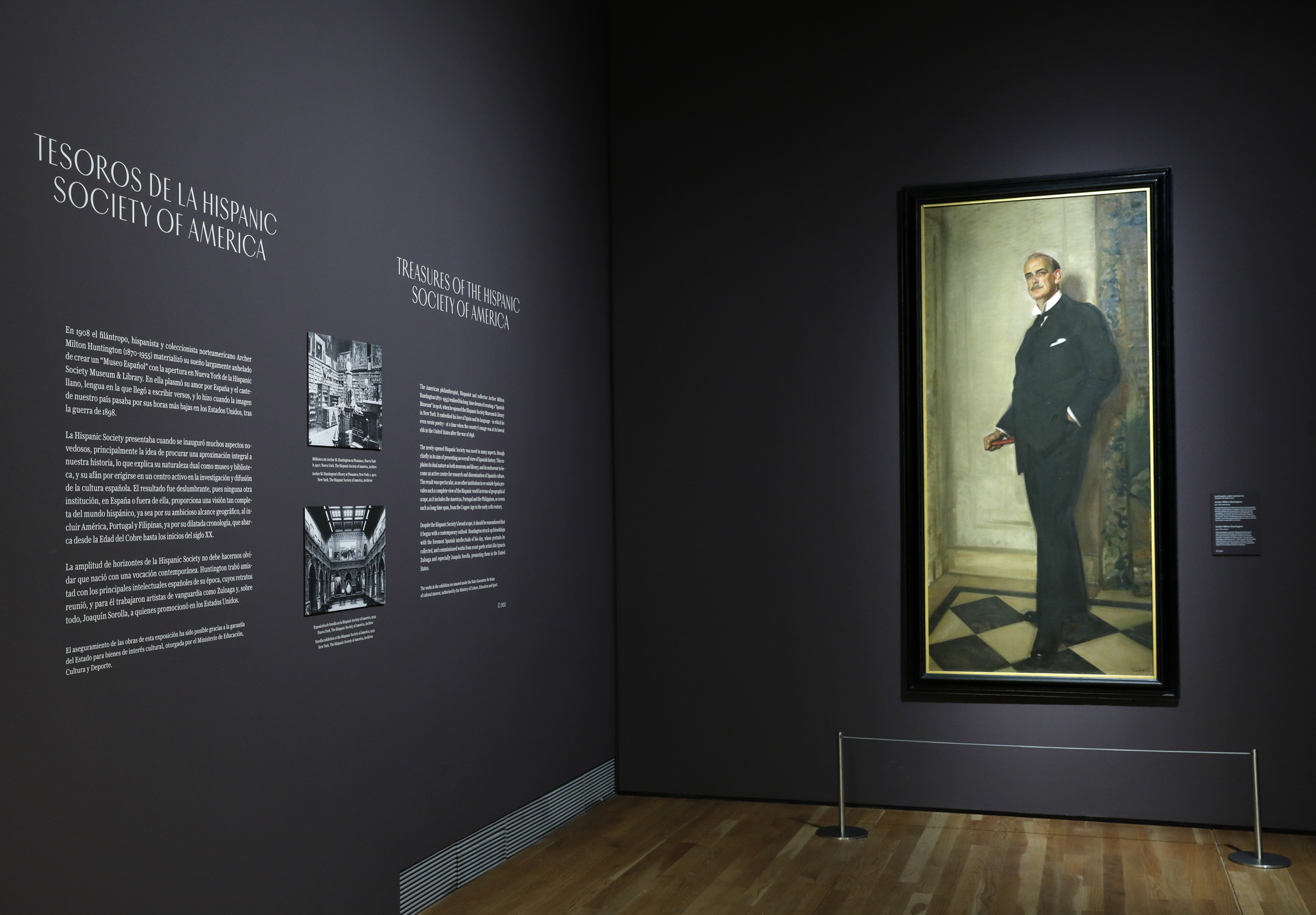 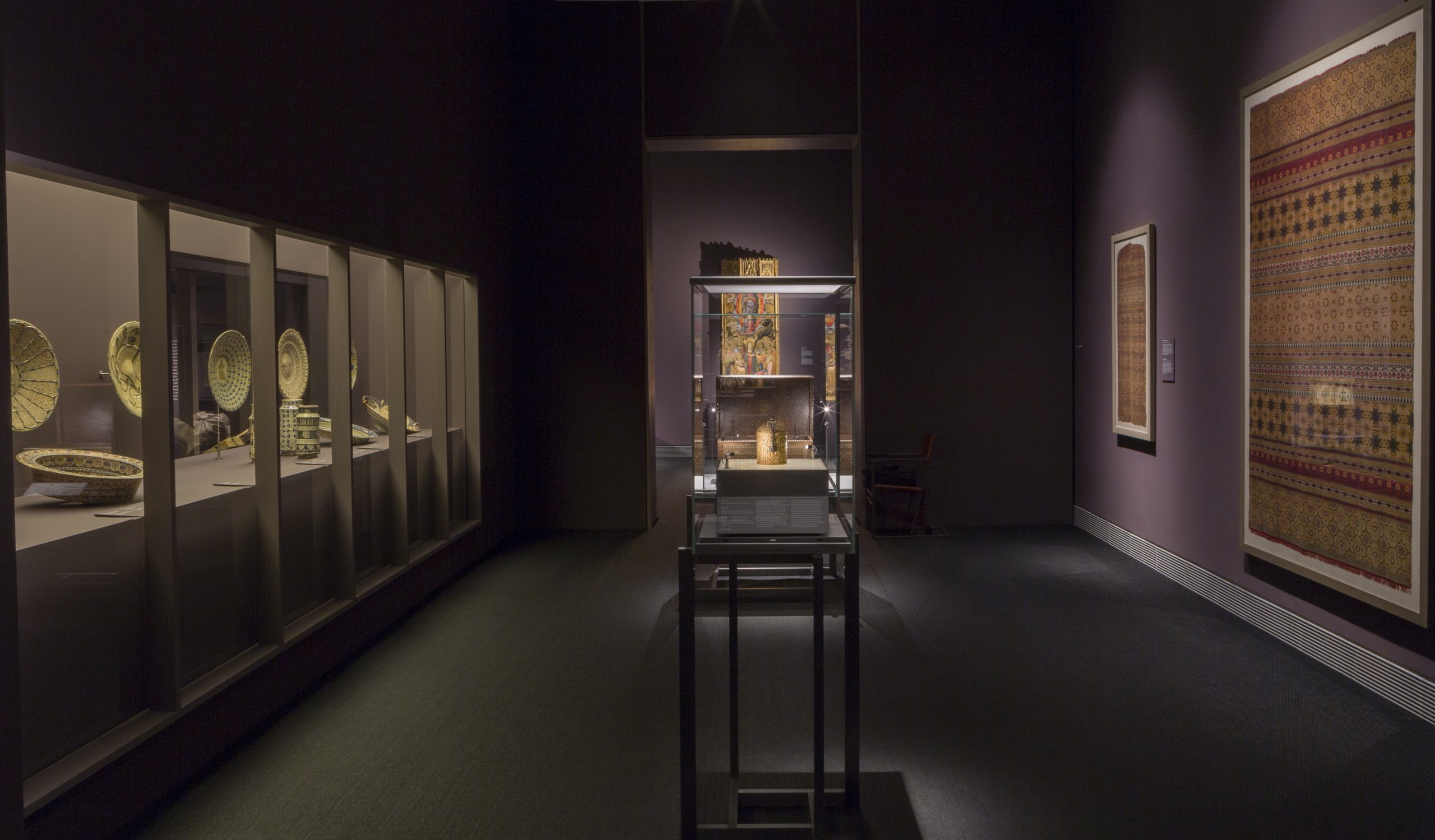 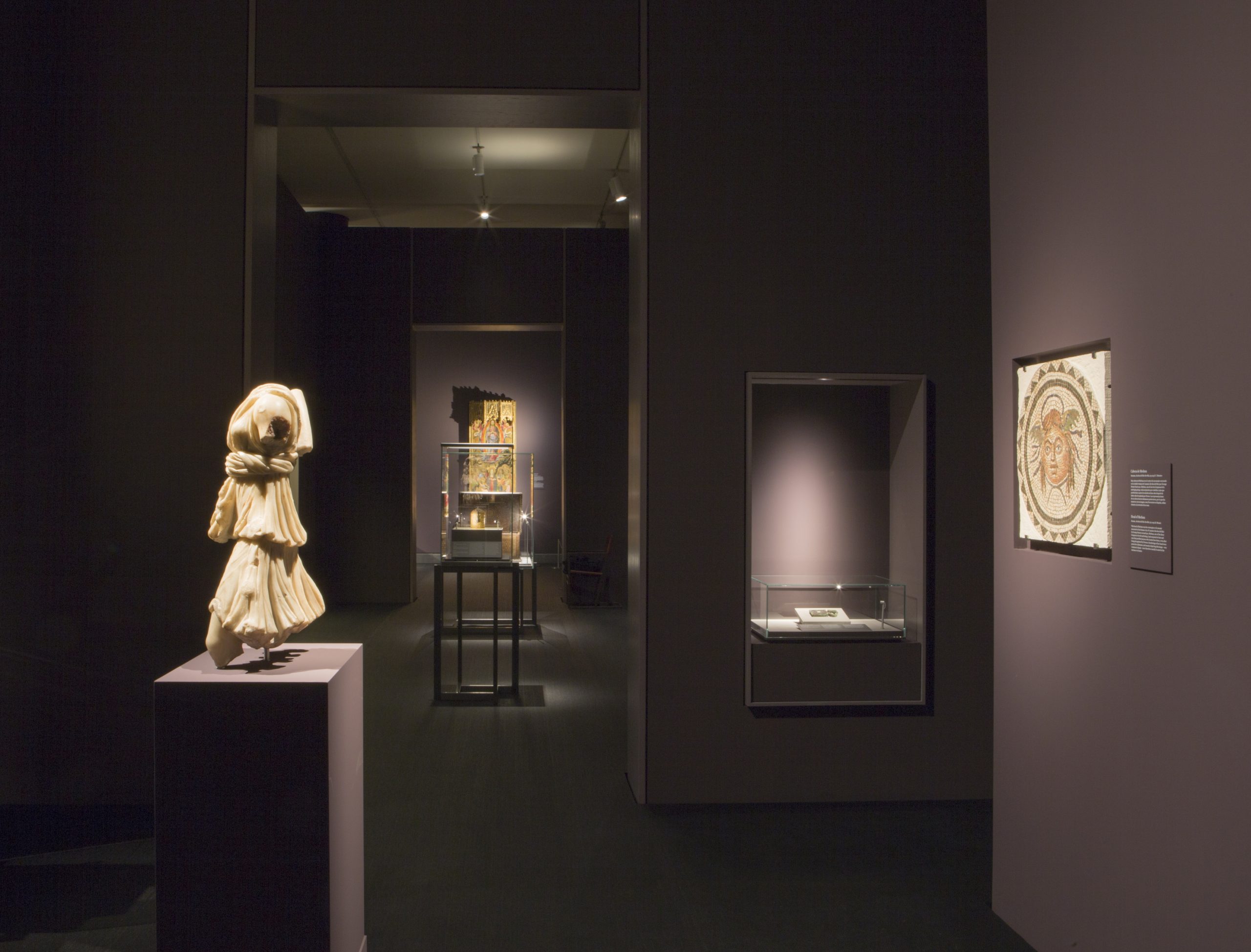 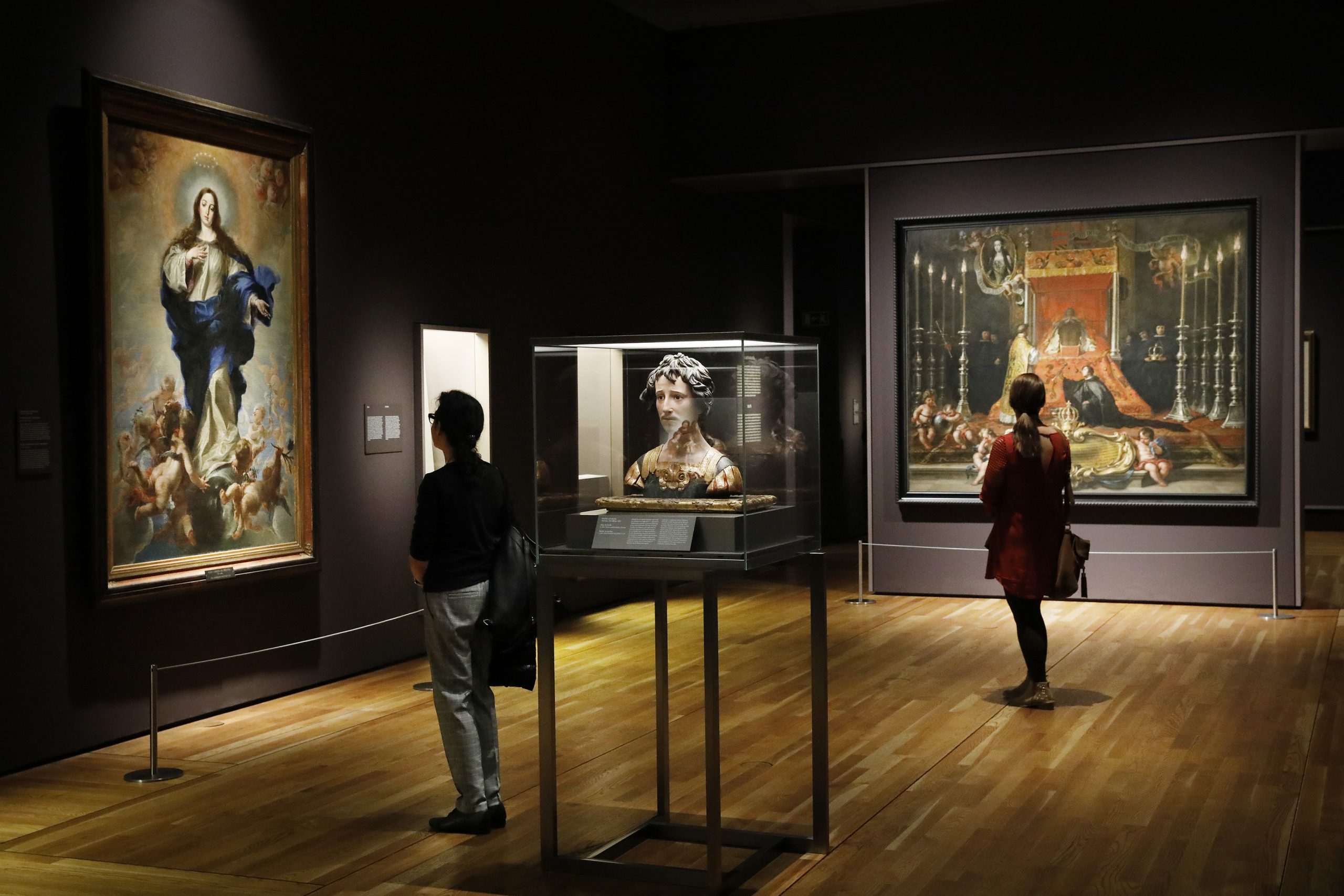 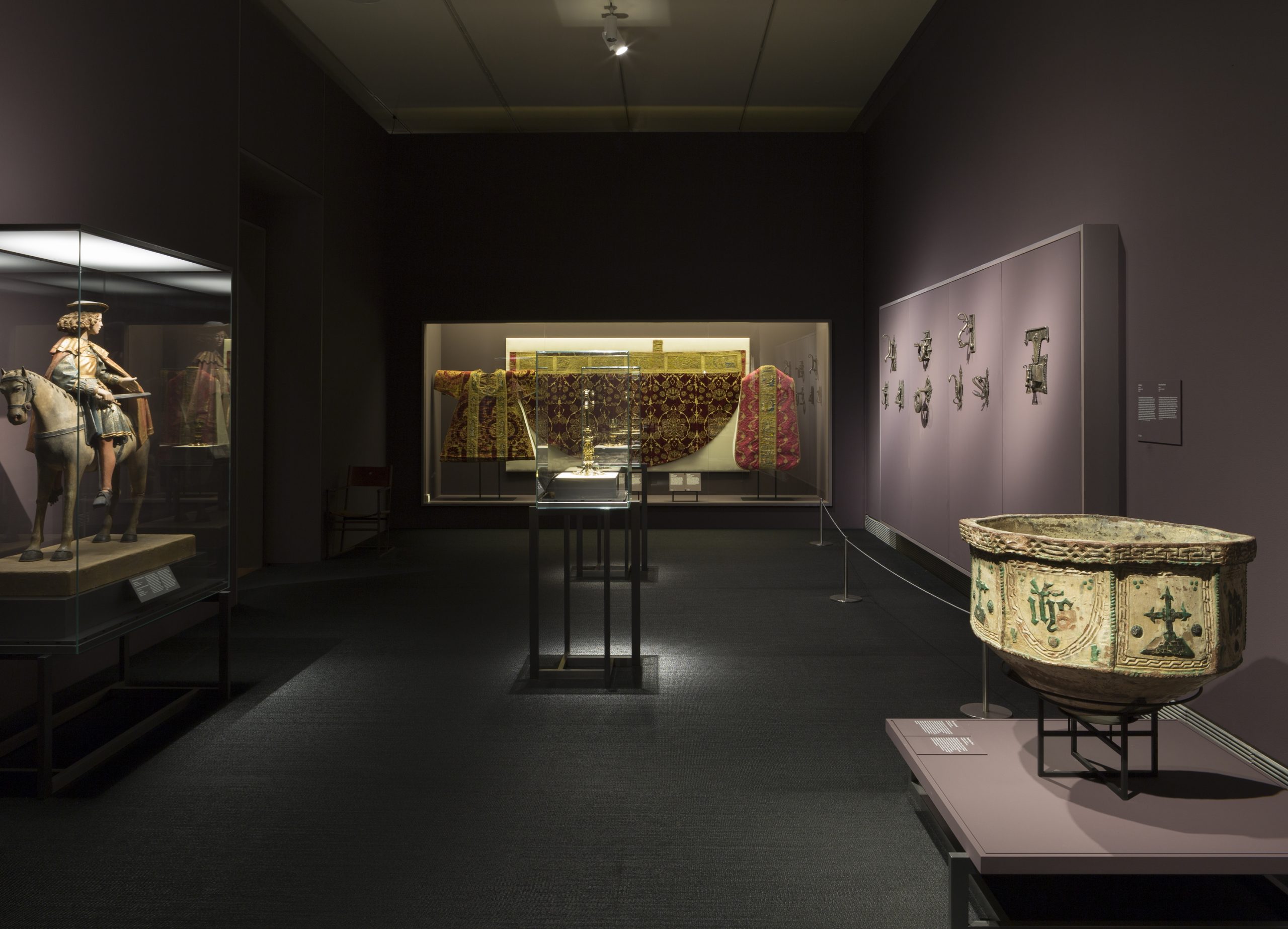 Visions of the Hispanic World: Treasures from the Hispanic Society Museum & Library brings together more than 200 works of art including paintings, drawings, Old Master prints, and sculpture; archaeological artifacts, decorative arts, rare 19th-century photographs, and manuscripts from the library, creating a fascinating chronological and thematic experience of the highlights of the collections.
The extraordinary selection of paintings includes masterworks such as Portrait of a Little Girl and Gaspar de Guzmán, Conde-Duque de Olivares by Velázquez, Pietá by El Greco, The Prodigal Son by Murillo, Santa Emerentiana by Zurbarán, and the emblematic Duchess of Alba by Goya, conserved at the Museo Nacional del Prado for this exhibition. Also represented are paintings by post-impressionist and modern artists, such as Zuloaga, Sorolla, Santiago Rusiñol, and Anglada Camarasa. Masterpieces from viceregal and 19th-century Latin America include St. Sebastian (Mexico, ca. 1603-07) by Alonso Vázquez; Saint Michael the Archangel Triumphant over Satan (Mexico, 1630s) by Luis Juárez; St. Michael Striking Down the Rebellious Angels (Mexico, ca. 1640) by Sebastián López de Arteaga; the enconchado painting The Wedding at Cana (Mexico, 1696) by Nicolás Correa; a casta painting (Mexico, ca. 1715) from the earliest known series by Juan Rodríguez Juárez; Doña María Catalina de Urrutia (Puerto Rico, 1788) by José Campeche; and the iconic Young Man from the Coast (Mexico, ca. 1843) by José Agustín Arrieta.

Visions of the Hispanic World was inaugurated at the Museo Nacional del Prado, occupying all three temporary exhibition galleries in the Rafael Moneo extension, and attracting nearly 500,000 visitors from 4 April to 10 September 2017. After viewing the works at the Hispanic Society prior to the exhibition, Miguel Zugaza, former Director of the Prado, commented:
“I have to say the collections of the HSA are astoundingly rich and the remarkably fitting acquisitions of the last few years, a revelation. This is truly a major hidden treasure in both America and Europe. We decided to expand certain aspects of the first list so that all three main spaces of our exhibition galleries would be filled, as we did for the Hermitage show. In sum, we are off on a dream journey. Thank you so much for this opportunity.”