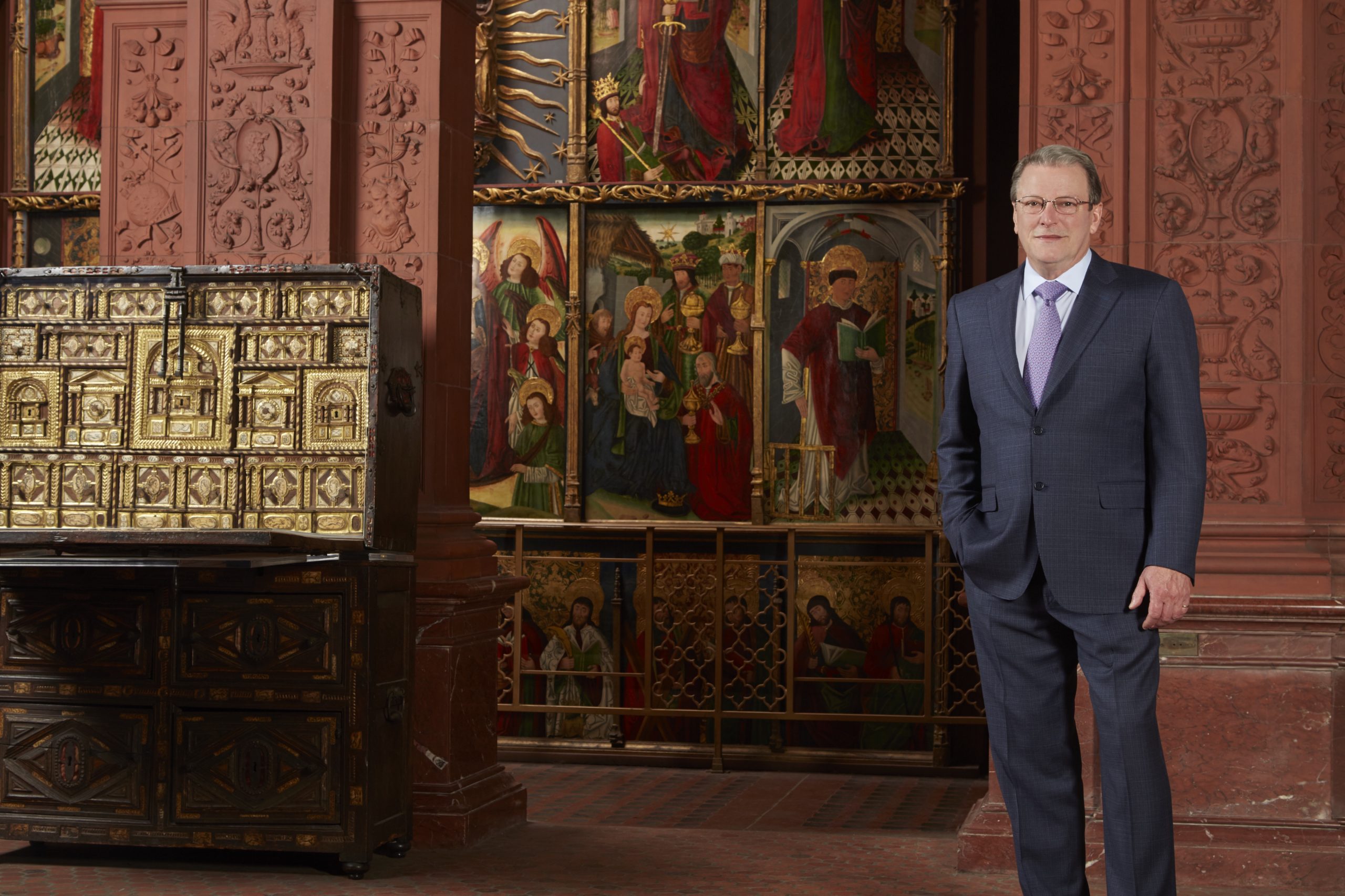 NEW YORK, NY ( November 25, 2019) – Dr. Mitchell A. Codding, the Executive Director and President of the Hispanic Society Museum & Library since 1995 and its Assistant Director from 1984 to 1995, announced his retirement today to take effect on October 1, 2020, or until his successor assumes the position of Director. The Board of the institution is grateful to Dr. Codding for agreeing to lead the institution until then.

Dr. Codding made major acquisitions in all areas of the collections, and most notably expanded the collection of fine and decorative arts from viceregal and 19th-century Latin America. For all of his contributions to Hispanic art and culture, in 2010 he was decorated with Spain’s Order of Isabella the Catholic. Dr. Codding said: “It has been an honor to lead the HSM&L which is one of the world’s great repositories of the totality of the arts, history, and cultural heritage of the Iberian Peninsula, Latin America, and the Philippines from the third millennium BC to the early twentieth century.”

A search committee of the Board of Trustees is being organized to select the Hispanic Society Museum & Library’s new Director and an international search will be conducted.

Philippe de Montebello, Chairman of the Board of Trustees, said: “Dr. Codding is a widely recognized authority of Hispanic literature, culture and art who during his 35 years at the Hispanic Society has been an outstanding steward of its great collections and promoted the institution by initiating an impressive lending program which has culminated in the current traveling exhibition of over 200, Treasures from the Hispanic Society Museum & Library. This exhibition curated and catalogued largely by Dr. Codding has been seen by over 700,000 visitors at the Prado Museum, the Museo del Palacio de Bellas Artes in Mexico City, the Albuquerque Museum of Art, the Cincinnati Art Museum, and soon will be seen at the Museum of Fine Arts Houston. We are most grateful to Dr. Codding for his many contributions to the Hispanic Society and are indeed fortunate that the HSM&L can continue to benefit from his knowledge and expertise.”

About the Hispanic Society Museum & Library

The Hispanic Society Museum & Library, located in Upper Manhattan on Broadway between 155th and 156th Streets, is a free public museum and reference library for the study of the art and culture of the Iberian Peninsula and Latin America. The collections of works of art, books and manuscripts are unparalleled in their scope and quality, addressing nearly every aspect of culture in Spain, Latin America, and Portugal. Museum highlights include masterworks by El Greco, Velázquez, Goya, and Sorolla; sculpture by Pedro de Mena and Luisa Roldán; Latin American paintings and sculpture by Vázquez, Luis Juárez, López de Arteaga, Rodríguez Juárez, Caspicara, Campeche, and Arrieta; as well as masterpieces in all areas of the decorative arts. The library is a preeminent center for research on the history, art, and culture of Spain, Latina America, and Portugal. Founded in 1904 by Archer M. Huntington, the Hispanic Society remains fervently committed to inspire, enrich and educate the broadest and most diverse public about the rich cultural heritage of Hispanic and Latin American populations. Its mission is one of inclusivity, embracing local communities, the entirety of the New York metropolitan area, and its national and international audiences.