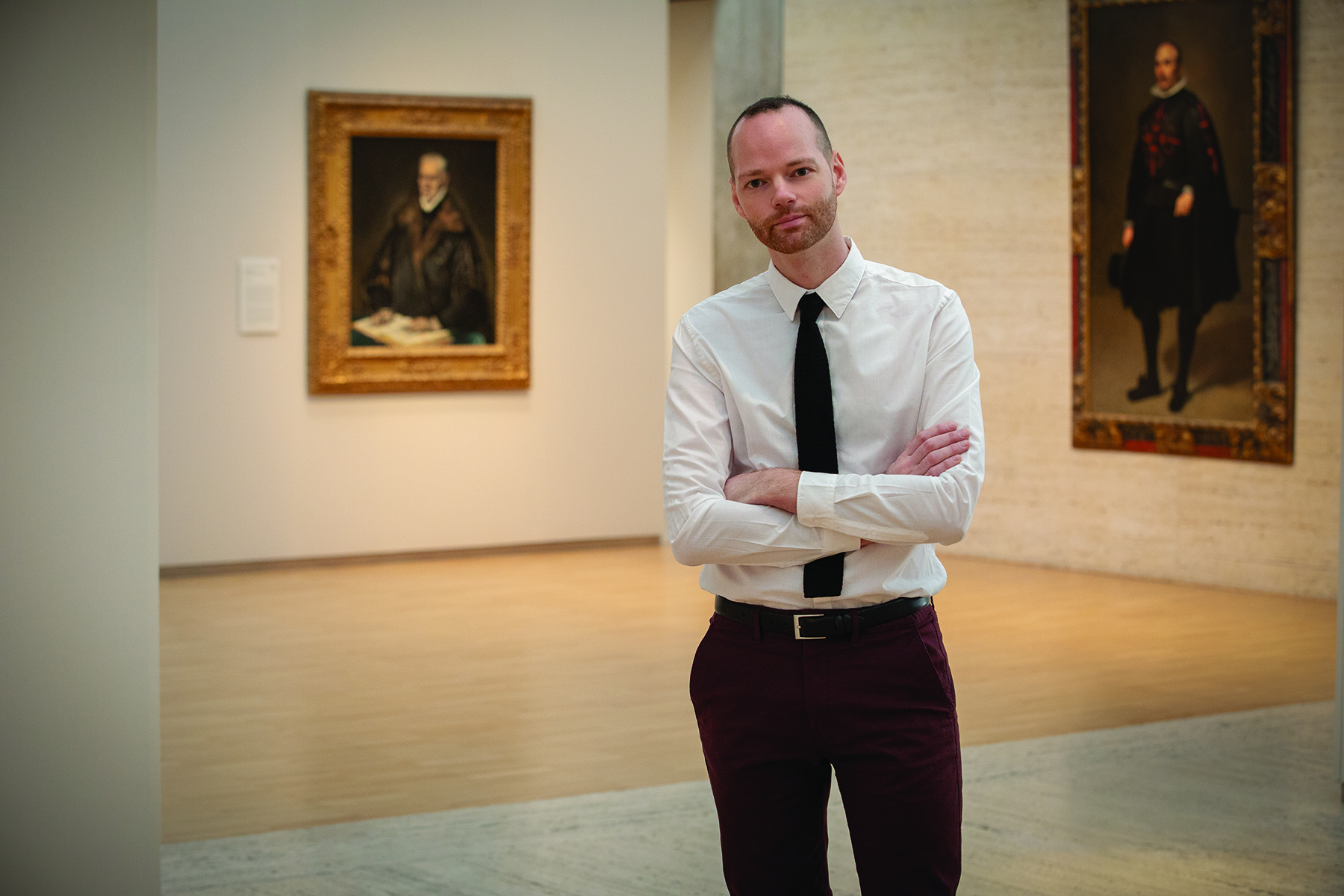 NEW YORK, NY, December 16, 2020 – The Hispanic Society Museum & Library announced today that its Board of Trustees has elected Guillaume Kientz to be the institution’s next Director and CEO. Mr. Kientz’s appointment takes effect early in 2021; an exact date is yet to be determined.

Mr. Kientz was selected after an international search overseen by a committee appointed by the Board. The new Director is currently Curator of European Art at the Kimbell Art Museum in Fort Worth. Previously, he served for nine years as Curator of Spanish and Latin American Art at the Musée du Louvre in Paris. At the Hispanic Society, he succeeds Mitchell Codding, Executive Director since 1995, whose retirement became effective on September 30. Margaret Connors McQuade, Assistant Director and Curator of Decorative Arts is serving as Acting Director.

While at the Louvre, Guillaume Kientz was the co-curator with Jonathan Brown of the groundbreaking 2013 exhibition Mexican Art at the Louvre, at which Mexican Viceregal painting was shown alongside masterpieces from the Golden Age of Spanish painting. He also curated the acclaimed exhibitions on Velázquez in 2015 and El Greco in 2019-20, both held at the Grand Palais.

Philippe de Montebello, Chairman of the Board, said: “We are proud and delighted to welcome Guillaume Kientz to the Hispanic Society.  He is a passionate and highly accomplished advocate for the art and culture of the Hispanic world in its broadest terms and is fully committed to giving new life to the institution both on the world stage and in the cultural life of Upper Manhattan.”

Continued Mr. de Montebello, who served for more than three decades as Director of The Metropolitan Museum of Art: “Mr. Kientz is the ideal director to lead the Hispanic Society at a time when institutions worldwide are re-thinking their mission in the light of the new focus on the role of museums in a rapidly evolving cultural landscape.  Guillaume not only brings knowledge and passion about Spanish and Latin American art, but a deep commitment to working for more diversity and a more inclusive and relevant conversation about art—as he has demonstrated throughout his career, most notably in spearheading a 2016 populist movement in Paris to re-imagine museums in less traditional ways.”

Said Mr. Kientz: “I am honored to be chosen as the next director of the Hispanic Society. It is the culmination of a career devoted to Spanish and Latin American art, and focused on diversifying collections, exhibitions, and audiences at 21st-century museums.  The HSM&L’s prestigious collection is world-renowned, and, together with its library, constitutes a great resource that serves both its local and international audiences of art-lovers and scholars. Inspired by my predecessors, and energized by the commitment of the trustees, staff members, and many partners, I will devote myself to developing the institution’s relevance locally, nationally, and globally. With the HSM&L on the cusp of a physical and intellectual re-conception and renovation, I will place intellectual rigor, diversity, and environmental sustainability at the heart of its mission—and mine.”

Eric Lee, Director of the Kimbell Art Museum since 2009, praised Mr. Kientz, describing him as an outstanding scholar and innovative leader who is “a bright light of the new generation of museum professionals,” and added, “It has been a pleasure working with him at the Kimbell, where he has made many contributions, and we are proud that he is assuming this new, important role. The Hispanic Society will no doubt flourish with Guillaume at the helm as director.”

About the Hispanic Society

The Hispanic Society Museum & Library (hispanicsociety.org), located in Upper Manhattan on Broadway between 155th and 156th Streets, is a free public museum and reference library for the study of the art and culture of the Iberian Peninsula and Latin America. The collections of works of art, books and manuscripts are unparalleled in their scope and quality, addressing nearly every aspect of culture in Spain, Latin America, and Portugal. Museum highlights include masterworks by El Greco, Velázquez, Goya, and Sorolla; sculpture by Pedro de Mena and Luisa Roldán; Latin American paintings and sculpture by Vázquez, Luis Juárez, López de Arteaga, Rodríguez Juárez, Caspicara, Campeche, and Arrieta; as well as masterpieces in all areas of the decorative arts. The library is a preeminent center for research on the history, art, and culture of Spain, Latina America, and Portugal. Founded in 1904 by Archer M. Huntington, the Hispanic Society remains fervently committed to inspire, enrich and educate the broadest and most diverse public about the rich cultural heritage of Hispanic and Latin American populations. Its mission is one of inclusivity, embracing local communities, the entirety of the New York metropolitan area, and its national and international audiences.