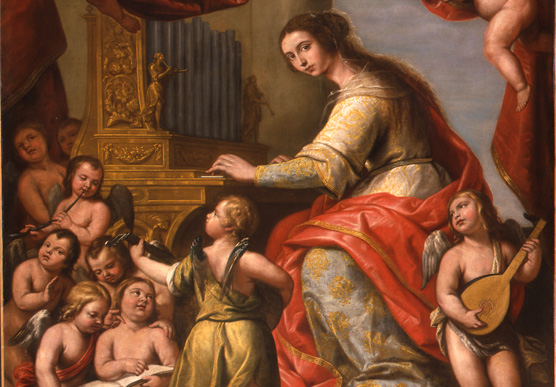 The Hispanic Society of America Begins its 2015-2016 Concert Series

The Hispanic Society of America Begins its 2015-2016 Concert Series: “From Barcelona with Passion: Enrique Granados in New York”

NEW YORK, NY, December 10, 2015 – The music series at The Hispanic Society of America announces its 2015-2016 concert series “From Barcelona with Passion: Enrique Granados in New York”. The first concert in the series focuses on the voice and dance works of the celebrated late 19th-century Catalan composer. Vocal and Dance Music by Enrique Granados will feature special invited artists from Spain, and will take place at the Hispanic Society of America, located at Broadway and West 155th Street in Manhattan.

Enrique (Enric) Granados (1867-1916) spent the final months of his life in New York. His visit to the city included some of the most important artistic triumphs of his life. The coincidence of the centennial of Granados’ death in 2016 and the 150th anniversary of his birth in 2017 provides a unique opportunity to re-discover and re-evaluate the important contributions by Granados to the musical world and to highlight the ties between his native Catalonia and the City of New York.

Granados’ vocal works, especially the Tonadillas al estilo antiguo [Tonadillas in the Ancient Style] and the Canciones amatorias [Love Songs] are among his most important compositions for voice. Although these lied are well known, they are rarely performed in their original and complete form. This concert will present the Tonadillas al estilo antiguo as Granados originally conceived them: for soprano soloist, baritone, recitation, duet, English horn obbligato and piano. The concert will also see the first New York performance of an important song for baritone, La boyra [Fog], which was recently published in a critical edition prepared by Douglas Riva, along with one of the most exquisite vocal works ever composed in Spain, Elegía eternal [Eternal Elegy]. A special feature of the concert will be an historical recreation of one of Granados’ final works, Danza de los ojos verdes [Dance for Green Eyes], which was composed for the New York debut of the Spanish dancer Antonia Mercé, known as La Argentina. The performance took place on 10 February 1916, in the presence of the composer. La Argentina was a great beauty whose highly expressive green eyes were the inspiration for the title. The costume that will be worn by dancer Anna de la Paz is a copy of the original worn by La Argentina for the World Premiere of the piece. Ms. de la Paz will also dance another of Granados’ final works, the Intermezzo from the opera Goyescas, which was composed in New York for the premiere of the opera at the Metropolitan on 28 January 1916.

The Hispanic Society of America
The Museum and Library of The Hispanic Society of America reflect the vision of Archer Milton Huntington to establish an institution dedicated to the celebration of Hispanic culture. Beginning in 1904, he began to construct a series of buildings on Audubon Terrace and to assemble a collection of books and works of art which are today unparalleled in scope and quality outside the Iberian Peninsula. The collection includes more than 800 paintings and 6,000 works on paper, offering a comprehensive survey of Spanish art through

masterpieces by El Greco, Goya, Morales, Murillo, Ribera, Velázquez, Zuloaga, Zurbarán, Fortuny and Sorolla. The Museum’s 1,000 works of sculpture contain significant examples from the first millennium B.C. to the 20th century. There are also magnificent examples of ceramic, glass, furniture, textiles, ironwork, jewelry and photographs. The Library offers resources to scholars interested in the culture of the Iberian Peninsula and Latin America through its collection of more than 250,000 books and periodicals, which include more than 15,000 volumes printed before 1701 and approximately 200,000 manuscripts from the 12th century to the present.

The Hispanic Society Concert Series was inaugurated in 2010 as a free program to promote the music of Spanish and Hispanic composers. The Concert Series has delighted listeners with the finest recitals, chamber groups, and groundbreaking modern music ensembles. Many of the century’s greatest artists have performed in our programs. The program augments the viewing experience by providing an auditory context within which the collection can be appreciated.

This year’s Concert series is supported, in part, by public funds from the New York City Department of Cultural Affairs in partnership with the City Council and Spain Culture New York–Consulate General of Spain.