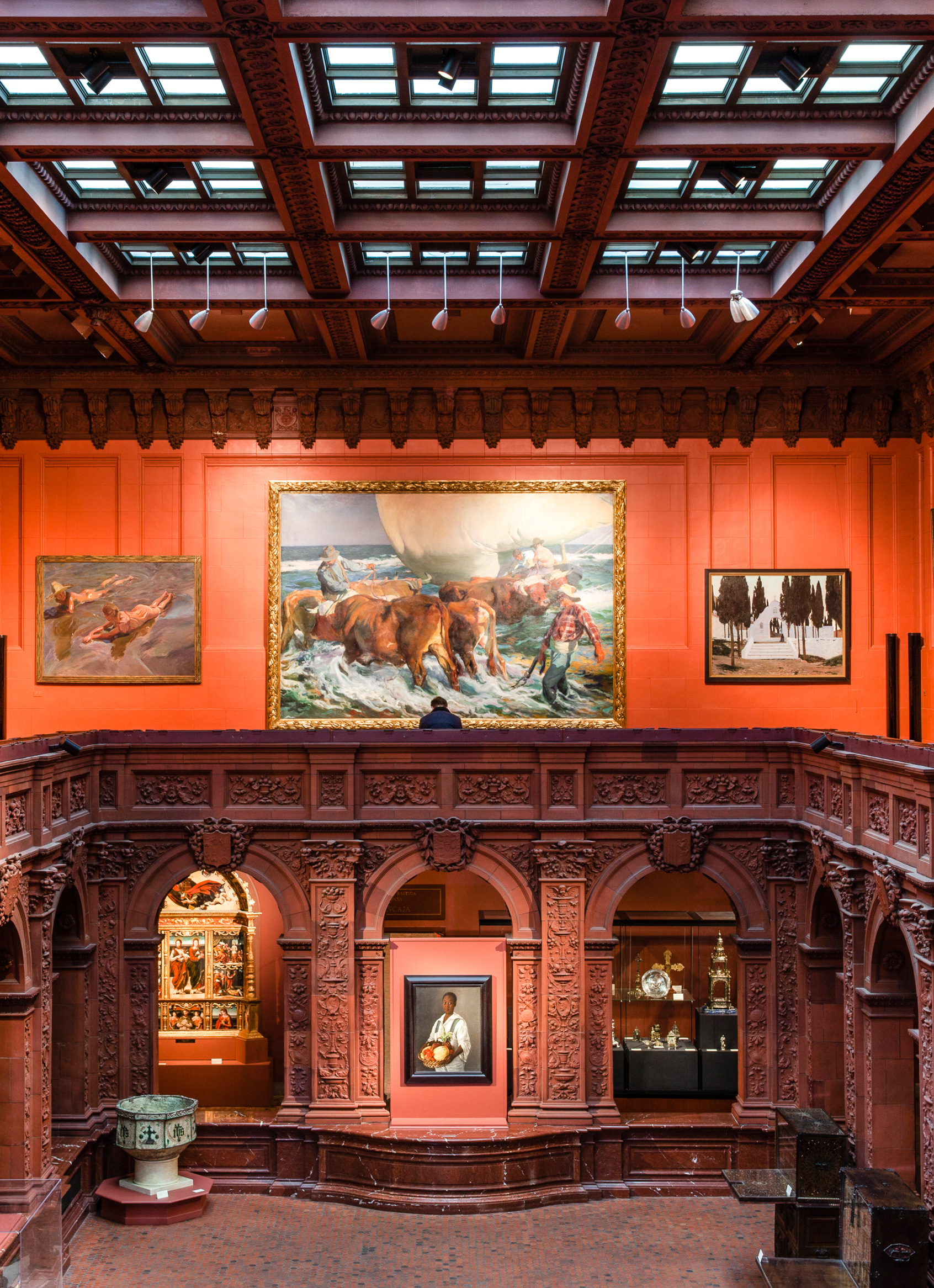 New York, NY – (January, 2017). Chairman Philippe de Montebello announces the election of Andrés A. Gil and Antonio del Valle Ruíz to the Board of Trustees of the Hispanic Society Museum & Library. The two new trustees represent the first expansion in numbers of the Board of Trustees since 1904 and they will join Board members Mariette Arguimbau Scott, William R. Harman, Francisco Lorenzo, and Miner H. Warner. “It is my pleasure to welcome these enthusiastic and deeply committed members to our Board,” commented Mr. de Montebello.

Mr. Andrés A. Gil, is senior counsel in Davis Polk’s Corporate Department with significant international experience. He is a former head of the Corporate Department, was a member of the firm’s Management Committee and headed the Latin America practice. Gil also founded Davis Polk’s Madrid office and has been integrally involved in charting the course of the firm’s international strategy. Mr. Gil also led the US practice of the firm in Paris for five years. Gil graduated, magna cum laude, from Princeton University, where he was the recipient of the Philo-Sherman Bennett Politics Prize and the Latin American Thesis Prize. In 1981, he received his J.D. from New York University School of Law. He has served on the Board of Overseers of the Hispanic Society Museum & Library since 2010. Mr. Gil also serves on the Education Committee of the Salomón R. Guggenheim Museum, is the founder and President of Allies of Hispanic Culture, Education and Science Foundation (AHCES) and has served on the board of Bronx-Lebanon Hospital.

Mr. Antonio del Valle Ruíz is well known in the Mexican business community as a distinguished businessman and banker. Mr. del Valle has been actively involved in the Mexican financial sector for more than 40 years. In 1974 Mr. del Valle acquired and merged several financial institutions creating Bancreser, S.A., a commercial bank, where he served as Chairman of the Board, CEO, and main shareholder until September 1982, when President López Portillo expropriated the entire banking system in Mexico. During this period, Bancreser handled more than twelve large-scale company mergers and became one of the most renowned and productive banks in Mexico. In 2001 Mr. del Valle and sons created Grupo Empresarial Kaluz, the holding company he has presided over since then. Its Fundación Kaluz actively supports education, sports, and the construction of housing for low-income people. Mr. del Valle also participates in, and supports numerous cultural and educational institutions such as the Fundación Tamayo in Mexico City, Museo Nacional del Prado in Madrid, and MoMA in New York, and has been a member of the Board of Overseers of the Hispanic Society Museum & Library since 2010.

The Hispanic Society Museum & Library was founded in 1904 by Archer M. Huntington as a free public museum and library with the purpose of advancing the study and appreciation of the arts, literature, and cultures of the Hispanic world. Museum highlights include masterworks by Mor, Morales, El Greco, Velázquez, Zurbarán, Murillo, Goya, and Sorolla; sculpture by Gil de Siloe, Juan de Juni, Pedro de Mena, and Luisa Roldán; Latin American paintings by Vázquez, López de Herrera, López de Arteaga, Rodríguez Juárez, Campeche, and Arrieta; as well as masterpieces in all areas of the decorative arts. The Hispanic Society offers a variety of free educational and public programs. The Hispanic Society was designated a National Historic Landmark in 2012 in recognition of the fundamental role it has played in the promotion of Hispanic art and culture for over a century.

For further information call 212.926.2234, visit the Hispanic Society’s website at www.hispanicsociety.org and follow the museum on www.facebook.com/hispanicsociety, www.twitter.com/HSAmuseum, and www.instagram.com/hispanic_society.