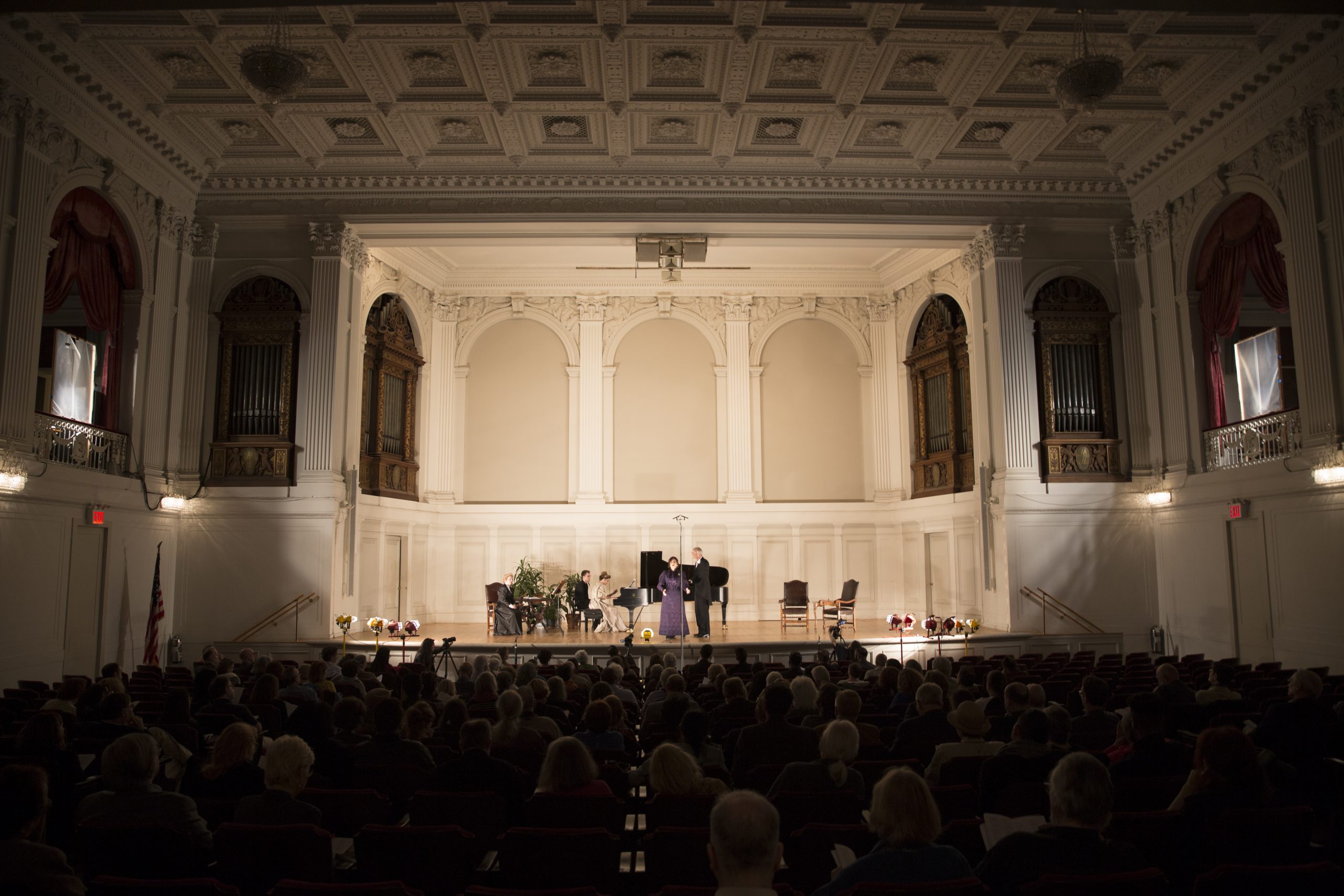 Joaquín Rodrigo wrote a significant number of important and very beautiful works of chamber music, almost all of which is surprisingly little known. This opening concert of the Rodrigo series highlights masterworks of chamber music composed between 1929 and 1982.  The program will include works for violin and piano such as Set Cançons Valencianes (Seven Valencian Songs), Rumaniana and the brilliant Sonata pimpante as well as Siciliana and Sonata a la breve for cello and piano.

Hailed by critics as a violinist that “has the power to captivate the five senses of her audience” by La Vanguardia (Spain), and described as a “charismatic violinist who possesses, along with her musical talent and tremendous aura, a gift for expression” (Neue Press, Germany), Eva León has become one of the most successful Spanish violinists of her generation. A native of the Canary Islands, Ms. León has won all major Spanish violin competitions and several international competitions, including top prize at the Michelangelo Abbado International Violin Competition, and Laureate at The Maria Canals International Violin Competition. Eva León was also the winner of the 33rd Artists International Annual Debut Prize which led to her New York debut at Carnegie Hall.

As a critically acclaimed recording artist for Naxos, Ms. León has recorded multiple Naxos albums with music by Joaquín Turina, Xavier Montsalvatge and Joaquín Rodrigo. She has also recorded for other labels such as Moraleda and Klassic Cat and has made numerous recordings for TV and radio throughout Europe, the United States, Japan and Latin America. An article written by Ms. León about Turina’s Piano Trios was featured in the Master Class section of Strings Magazine. Eva León has recently been named Artist in Residence at the Foundation for Iberian Music, Graduate Center, City University of New York.  www.evaleon.com

Cuban-American cellist Thomas Mesa is quickly establishing himself as one of the most charismatic and versatile performers of his generation. He is a winner of the Astral Artists Auditions (2017), the Sphinx Competition (2016), Thaviu Competition for String Performance (2013), and the Alhambra Orchestra Concerto Competition (2006). Concerto engagements include Cleveland Orchestra, Los Angeles Philharmonic at The Hollywood Bowl, Erie Chamber Orchestra, Firelands Symphony, and Elgin Symphony Orchestra.

Thomas Mesa was one of the featured instrumentalists on the Crossing Choir’s album “Bonhoeffer” that was nominated for a Grammy Award in 2017. With Donald Nally, Director of the Crossing Choir, Mr. Mesa has performed as soloist at The Metropolitan Museum of Art, Longwood Gardens, The Winter Garden and the Theological Seminary in New York City and at the Washington National Cathedral. As a chamber musician, Thomas Mesa has toured with Itzhak Perlman. He is also a member of St. Petersburg Piano Quartet which has performed at Barge Music, Doheny Mansion, Kohl Mansion, Music Mountain and at the Flagler Museum in Palm Beach.

Mr. Mesa is a graduate of The Juilliard School and Northwestern University and is currently at the Manhattan School of Music. He performs on an 1820 Richard Tobin cello. www.tomasmesacello.com

Olga Vinokur is an acclaimed pianist who is gaining recognition for “the strength and consistency of her artistry” as noted by New York Times. BBC magazine called her “superlative” and the New York Times praised her “exquisite performance.” She has appeared in US and internationally as recitalist, with orchestra and chamber musician in major venues including Carnegie Hall, Alice Tully Hall, Bargemusic, Merkin Hall in New York, Rudolfinum’s Dvorak Hall and Municipal House’s Smetana Hall in Prague, Shangai Oriental Art Center in China, King’s Place in London, among many others. Ms. Vinokur was a featured artist in the London Chamber Music Society, EuroArts Festival in Prague, Pour l’Art Music Festival in Switzerland, Prague Chamber Music Society, Young Artist Festival in Russia, Havana Piano Festival in Cuba, International Piano Festivals in Paris and Canary Islands of Spain.

A native of Russia, Olga Vinokur began her piano studies at the age of six, and at twelve was awarded First Prize in the National Young Artist Piano Competition in Russia. Since then she has been a recipient of numerous awards and prizes in national and international competitions. Olga Vinokur received her Bachelor’s Degree and Artist’s Diploma with honors from the Rubin Academy of Music at Tel-Aviv University. She pursued her Master and Doctor of Musical Art Degrees at the Manhattan School of Music in New York. www.olagvinokur.com