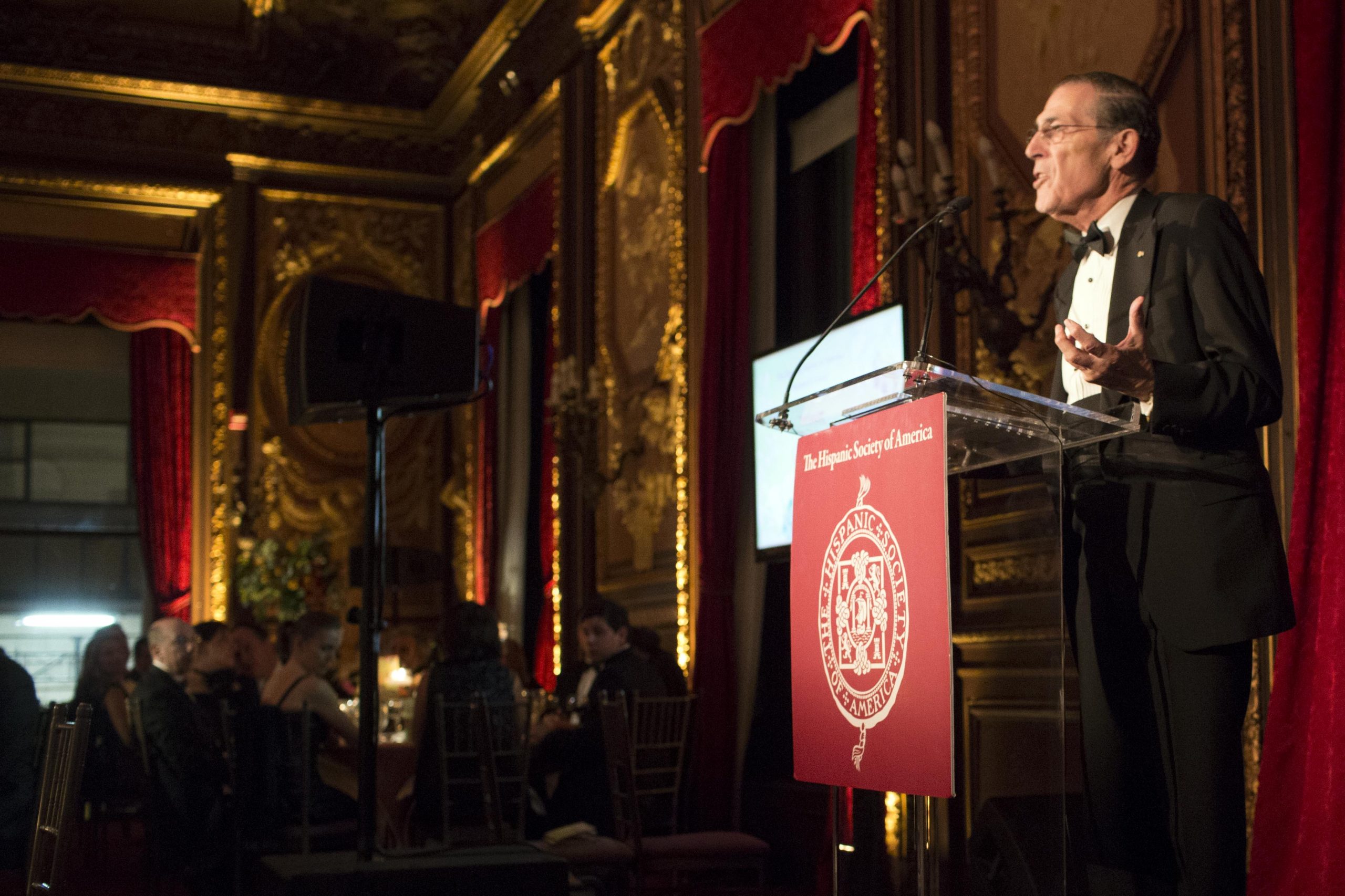 Mario Vargas Llosa, Nobel Prize Laureate, Mr. Vargas Llosa, is a world-renowned Peruvian-Spanish writer, politician, journalist, and essayist from Arequipa, Peru. Mr. Vargas Llosa made his debut as a novelist in 1962 with The Time of the Hero (La cuidad y los perros), a controversial novel about the politics of his country. The book recieved immediate international recognition, earning Vargas Llosa the Premio Biblioteca Breve in 1962 and the following year, the Premio de la Crítica. In 2010,  Mario Vargas Llosa was awarded the Nobel Prize in Literature, a prestigious addition to his long list of esteemed literary awards.

Carlos Fitz-James Stuart y Martínez de Irujo, Duke of Alba, was born in Madrid. He is the head of the Casa de Alba, one of the most prominent Spanish aristocratic families whose lineage can be traced back to the twelfth century. He obtained his law degree at the Universidad Complutense in Madrid and is the current president of the Fundación Casa de Alba, a family foundation that aims to promote, preserve, and enrich the artistic legacy of the Casa de Alba. He is an advisor to many cultural institutions such as the Instituto Valencia de Don Juan, Hispania Nostra, Casas Históricas y Singulares, Focus, and the Asociación Amigos de Castillos.

Francisco González BBVA,  was born in Chantada (Lugo), northwest Spain, Francisco González is Chairman and CEO of BBVA, one of Europe’s largest banking groups. Mr. González turned BBVA into a global institution by expanding its presence abroad. Some of the biggest investments under his watch so far have been carried out in Mexico, USA, Turkey, and Latin America. Through the BBVA Foundation, the BBVA Microfinance Foundation, and the bank itself, Mr. González has promoted many acitivites in scientific research, financial education, the enviornment, and culture.