New York, The Hispanic Society of America, A2034 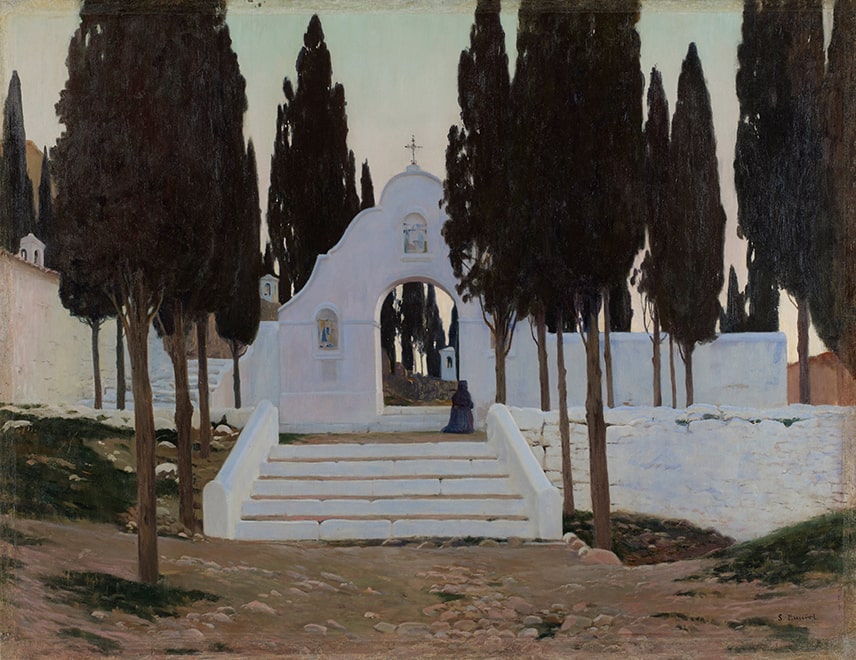 This painting of ethereal stillness comes from the brush of Santiago Rusiñol Prats, one of the most notable figures of Catalan culture ca. 1900. Painter, author, and art collector, Rusiñol was born in 1861 in Barcelona into a wealthy Catalan industrial family. After studies in his native city, he moved to Paris, living there in the late 1880s and 1890s. During these years, he befriended Ramon Casas (1866–1932), Ignacio Zuloaga (1870–1945), and Miquel Utrillo (1862–1934). His exhibition of Jardines de España in 1899 established him as a major painter and marked his growing focus on gardens as a subject of his art. He divided his time between Paris and Spain until 1900, when he centered his career in his native Catalunya, at Barcelona and especially Sitges. With Ramon Casas, he played a key role in Barcelona in Els Quatre Gats, a café that sponsored events designed to promote contemporary art. This was one of many ways in which Rusiñol influenced many younger artists, such as Hermen Anglada Camarasa (1871-1959). His collection of paintings, drawings, and decorative arts, particularly ironwork, is housed in the Museu del Cau Ferrat at Sitges.

In 1901, Rusiñol undertook a series of pictures of Calvarios, religious precincts dedicated to the Fourteen Stations of the Cross, used as the setting for processions during Holy Week but also throughout the year as places of devotion. He eventually painted fourteen, with ten alone dating from the 1901–02 series. Two of these were painted at the Calvario located on the hill overlooking Sagunto, a city north of Valencia, in mid-1901. Photographs of Rusiñol in his studio taken as late as 1916 show the Hispanic Society canvas still in his collection. They also show different dimensions than the picture has now, and from what it had in the exhibitions of the 1920s. Apparently, Rusiñol decided to emphasize the horizontal dimension of the composition, and reduced the lower edge accordingly, folding it under the stretcher, then re-signed the work.

The Calvarios series must be seen in the context of the images of cemeteries Rusiñol painted from at least 1891, when he exhibited a view of Montmartre Cemetery in Paris. But such images held hopeful aspects for the artist, since Rusiñol spoke of “that quietness, that silence, that deaf solitude and the calm that follows the great tempests of life.” Of the cypress trees, which are traditionally planted in cemeteries and Calvarios, and which are understood as emblems of the ascent of the soul to heaven, Rusiñol wrote in his “Als xiprers” (1897, p. 2), “The silhouettes of the cypresses are the tombstones of the poor.” 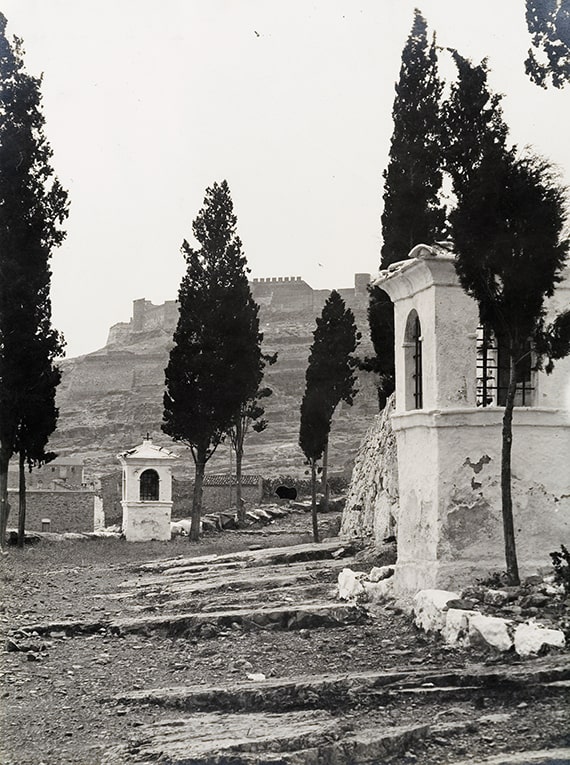 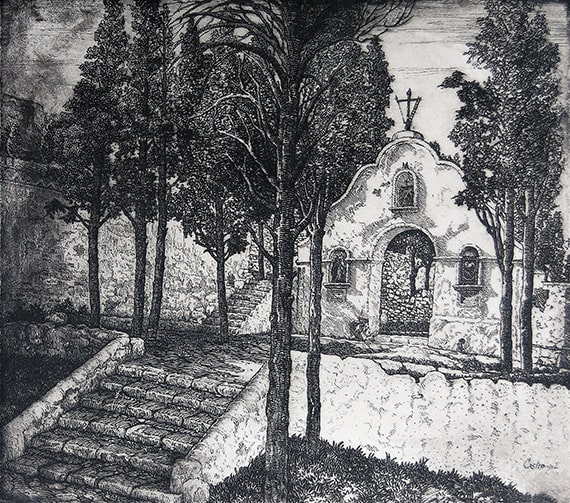 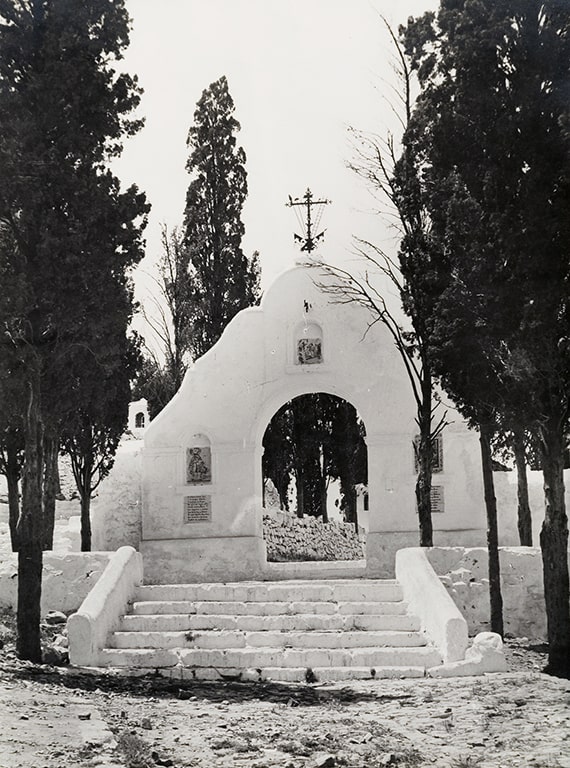