New York, The Hispanic Society of America, A1585

Francisco Fierro Palas was baptised in Lima in February 1809, the son of Nicolás Rodríguez del Fierro, a priest, and an Afro-Hispanic servant in his family’s household. Fierro’s earliest known watercolors, at large scale, date from the late 1820s (see New Haven, Yale University Art Gallery, inv 1967.36.43). In the course of a career spanning 50 years, he worked in watercolor, painted murals, and made portraits in oil and pastel, not to mention commercial work such as billboards and shop signs. Fierro was part of what the French diplomat and ethnographer, Léonce Angrand (in Peru and Bolivia, 1836–60, called a “local industry”—providing ethnographic watercolors and prints to shops, such as those run by Inocente Ricordi on the Calle de las Mantas and L. Williez in the passageway of the Portal de Botoneros, no. 12, Lima. These sold Fierro’s watercolors, as well as printed music, musical instruments, military uniform accessories, buttons, and a wide variety of other items to military, naval, and merchant marine officers, tourists, passengers on their way to or from Asia, and business owners in the mid-19th-century Pacific trade. Several thousand works extant today are attributed to Fierro and his circle; of these, the Hispanic Society has the largest single collection, numbering over 500 examples.

The Holy Week procession scroll at the Hispanic Society depicts the Calle de San Agustín in Lima, filled with a series of pasos, or religious floats telling the story of the Passion of Christ. Although Mercedarians, friars of other orders, and secular priests appear, the day is clearly dominated by the Augustinians, who both lead and end the parade. The scroll is intended to be unrolled from left to right. Leading the pasos is the famous statue of Death Triumphant by Baltazar Gavilán (ca. 1708?–ca. 1753?), still preserved in the Church of San Agustín, Lima, from where it has been carried in Holy Week processions for over 250 years. The floats that follow are the Palm Sunday Entry into Jerusalem, the Last Supper, the Agony in the Garden of Gethsemane, the Taking of Christ, the Flagellation, the Via Crucis, the Raising of the Cross, and the Crucifixion with the Virgin Mary and Saint John the Evangelist.

The scroll gives the modern viewer a highly detailed view of early republican Lima, with shop signs, members of society from the highest elite to the humblest street vendors, details of the typical Lima balconies, and costumes of every kind.

The inscription on the back of the work, “2 /1832,” may indicate its date, and the men’s jackets with flaring “skirts” and high padded shoulders definitely suggest a date in the 1830s. It is probable that the scroll originally belonged to Jean-Baptiste Gabriel Amédée Chaumette des Fossés (1782–1841), who served as French consul in Lima from 1827–29 and stayed in Lima until 1841, dying at sea en route on his return to Europe. Chaumette owned several watercolor scrolls, one of which specified a procession with scenes of the Passion of Christ. 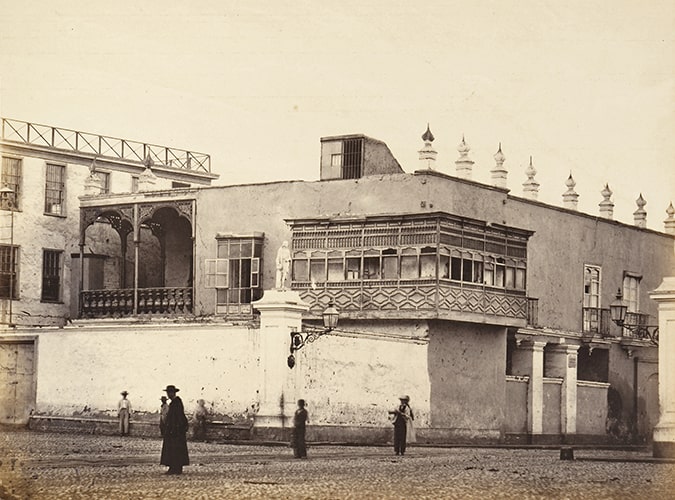 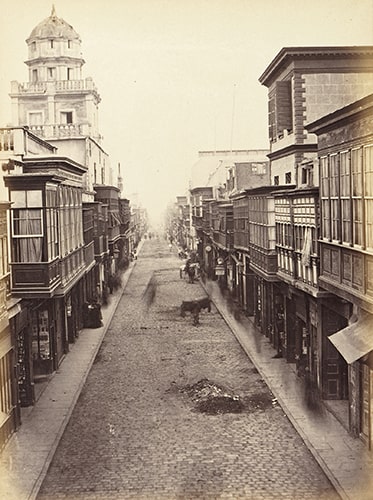 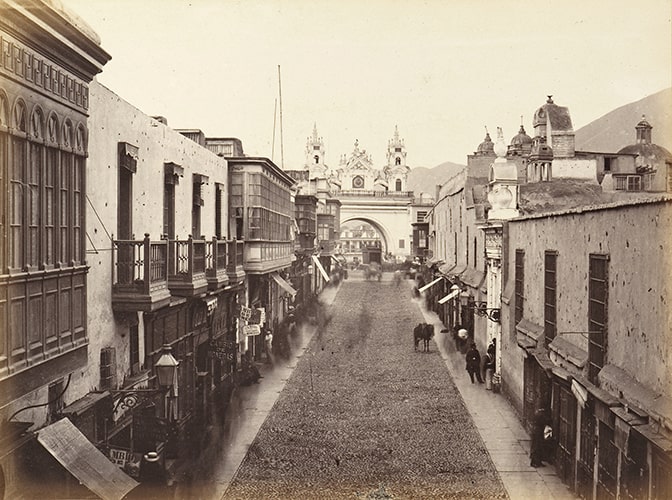