New York, The Hispanic Society of America, A3182 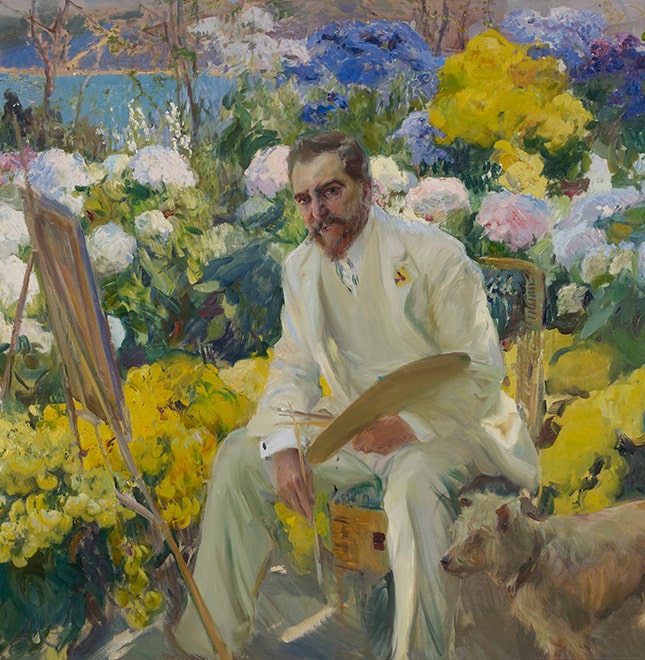 From 28 January to 24 May 1911, Joaquín Sorolla was in the United States for a second exhibition tour organized by Archer Milton Huntington, founder of the Hispanic Society. The first tour had attracted 160 thousand visitors to the Hispanic Society in February 1909, and thousands more at the Fine Arts Academy of Buffalo and the Copley Society of Boston. The 1911 exhibition took place at Chicago (The Art Institute, 14 February–12 March) and Saint Louis (City Art Museum, 20 March–20 April). As he had done in 1909, Sorolla took advantage of his visit to America to seek portrait commissions, particularly in Chicago and New York.

Among the Americans seeking a portrait from Sorolla was the renowned American designer, Louis Comfort Tiffany (1848–1933), President of Tiffany Studios and the son of the founder of Tiffany and Company, the fancy goods, jewelry, and silver store, still doing business under the family name today. From 1902 to 1905, Tiffany built his home Laurelton Hall on the peninsula separating Oyster Bay and Cold Spring Harbor on the north shore of Long Island. The house and gardens offered highly personal expressions of Tiffany’s aesthetics. Tiffany had been aware of Sorolla’s art, possibly as early as 1893, and certainly from 1900 at the Exposition Universelle in Paris, where both were honored. Tiffany bought four works from Sorolla’s 1909 exhibition, including the notably Impressionist Idyll (Among the Oleanders) of 1904 (Havana, Museo Nacional de Bellas Artes de Cuba, inv. 93-639), and also may have sought a portrait at that time.

Sorolla travelled to Laurelton Hall repeatedly from 4 to 15 May 1911, painting the portrait in one of the estate’s gardens, deriving artistic inspiration from an avalanche of spring flowers, with Tiffany at his easel, and his border terrier, Funny, at his side. Contemporary photographs suggest that Tiffany often wore light-colored clothing, although 21st-century viewers may wonder at his painting in a white suit stained with dark red on the trouser leg. The bravura execution of the picture is completely Impressionist, with the composition balancing multiple shades of yellow and blue against bands of whites and gray-greens. Priscilla Muller has pointed out Sorolla’s insistence that “whites are never solely white,” and indeed, every white in the painting is mixed with color, with the important exception of the cuff on the hand holding the paint brush, plus the foresail of a boat on Cold Spring Harbor in the background.

The studied elegance of Tiffany’s attire and centered formality of the presentation of the sitter contrasts with the casual effect of the “artist at work” conceit and relaxed pose, as though Tiffany were pausing in mid-brushstroke to reply to a comment from the viewer (that is, from Sorolla). José Luis Díez alluded to this sense of a conversation in progress in describing the picture as a “voluntary dialogue between Sorolla and his model,” an artistic relationship often commented upon by scholars. Tiffany himself described the picture as “the soul of the house” and hung it in the entrance court—essentially, the “frontispiece” of Laurelton Hall (see Díez and Barón [eds.] 2009, p. 420, fig. 303). Muller also has pointed out that, in the nearby house chapel, Tiffany’s stained-glass panel Field of Lilies (1892; Charles Hosmer Morse Museum of American Art, Winter Park, Florida) offered a parallel to Sorolla’s composition. Tiffany paid Sorolla the astonishing sum of $8,000 for the picture—approximately $200,000 in 2018 dollars. Sorolla, however, bought three bronze-and-glass chandeliers for his new house in Madrid; thus, the picture ended up being part of an artistic exchange of a more tangible kind. 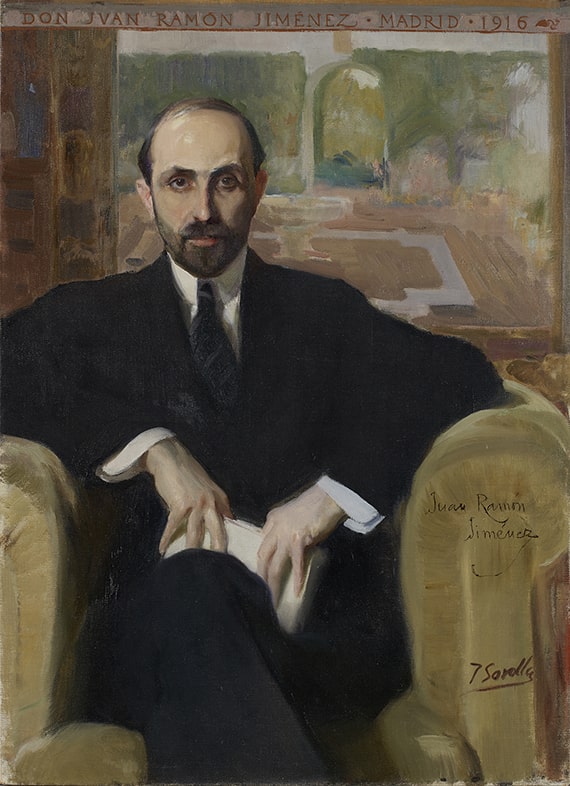 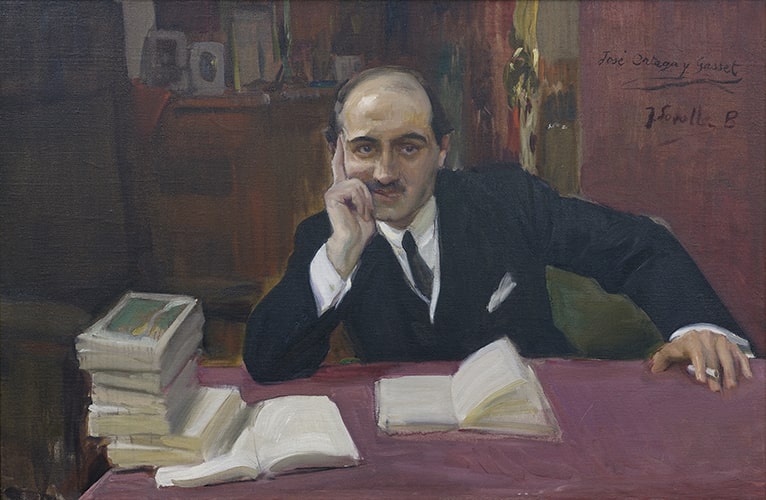 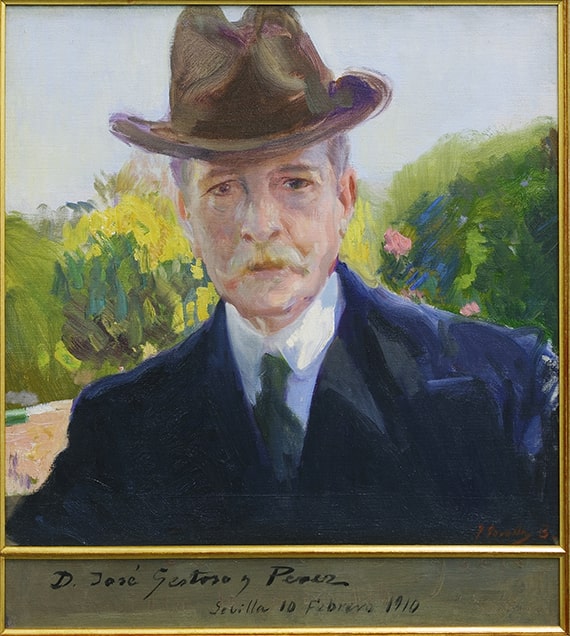