On the Coast. Narrated by Robert Osborne, Professional Bass-baritone and Adjunct Professor at Vassar College 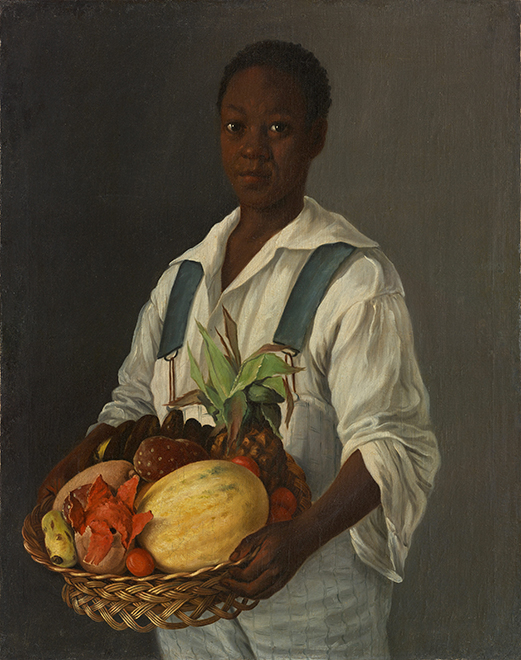 José Agustín Arrieta was born near Tlaxcala in 1803 and trained at the Puebla Academy of Fine Arts. He is Mexico’s best-known costumbrista painter of genre scenes of everyday life. He also made arresting images of individual popular types, and rich still life compositions. His images follow a deep tradition of popular figure representations in Mexican painting going back to the late 17th century and including the popular castas series in the 18th century, which depicted the various racial/ethnic mixtures of colonial Mexico. Having spent his entire career in Puebla, he died there in 1874.

El Costeño depicts a young man of African descent, traditionally identified in the 19th century as coming from the Gulf Coast region near Veracruz, the seat of the largest Mexican Afro-Hispanic ethnic group at the time—hence the title, El Costeño. He is shown holding a basket of typical Mexican tropical fruits, as though bringing it to an employer’s table or a customer’s home. These include a mamey bursting open in an explosion of red, a yellow mango, aguacates criollos (avocados), prickly pear, a pineapple, and a melon.

The work may be situated among a group of single figures depicted close-up against a plain or nearly plain background. Indeed, the work appears to have been a pendant for one of Arrieta’s best-known pictures, La China Poblana, of the same size (Mexico City, Fomento Cultural Banamex). The Poblana, similarly at ¾-length, turns slightly to the right, holding a turkey mole, while the Costeño turns slightly left, holding fruits. It is not hard to imagine one of Arrieta’s delightful bodegones of delicacies on a sideboard between them. In any event, as Francisco Pérez Salazar has noted, when Manuel Payno visited Arrieta’s studio at Puebla in 1843, he described a single figure picture of a “Poblanita.” This provides an approximate date for the series of single figures, including the Hispanic Society work.

Whether or not the Costeño—or Arrieta, for that matter—identified him with his African roots, the picture presents him as someone worthy of dignity and the viewer’s respect. Simply dressed in a billowing white shirt and blue-striped white overalls held up by matching slate blue suspenders, he presents his offerings, a slight smile on his lips, silhouetted against the neutral background. El Costeño is considered one of Arrieta’s most outstanding and singular achievements. 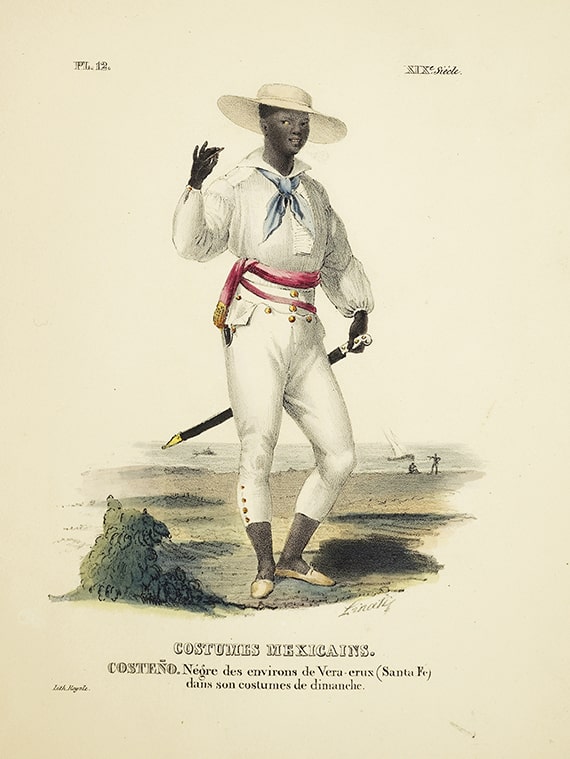 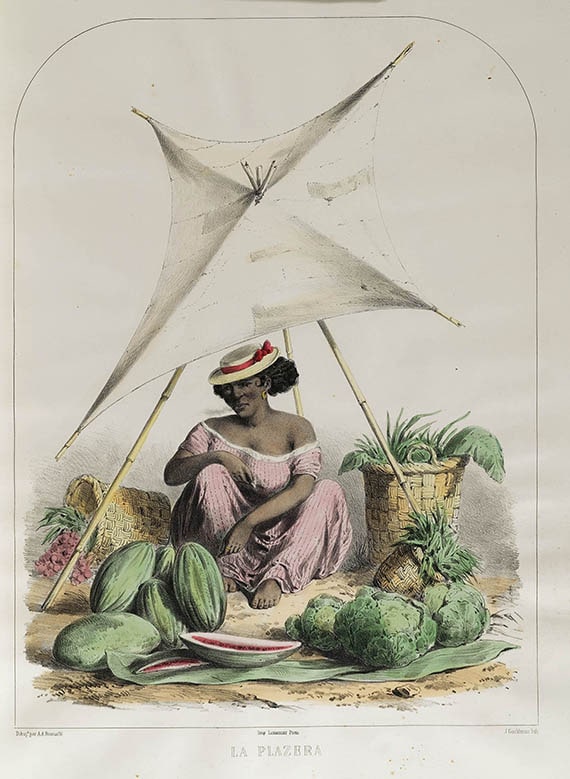 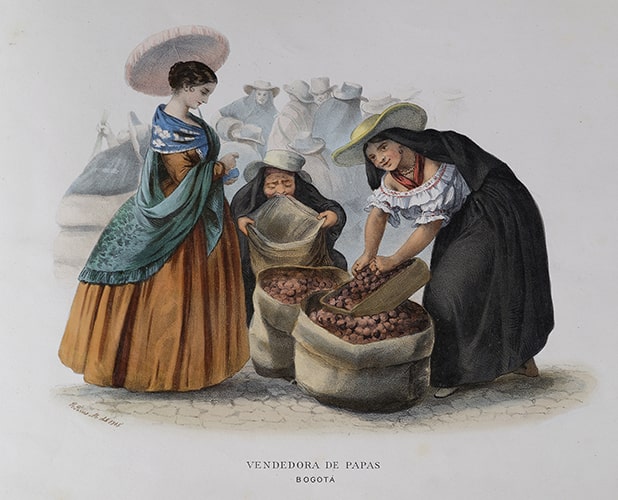 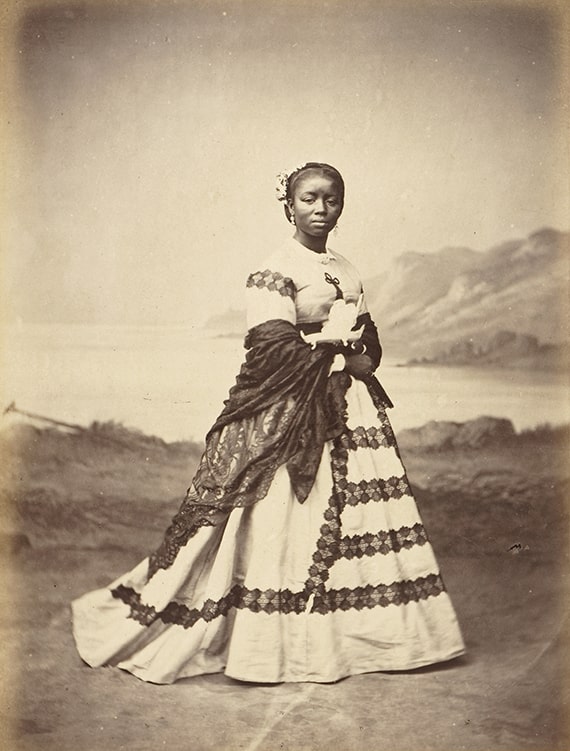