Inscribed bottom center and left (in the soil). 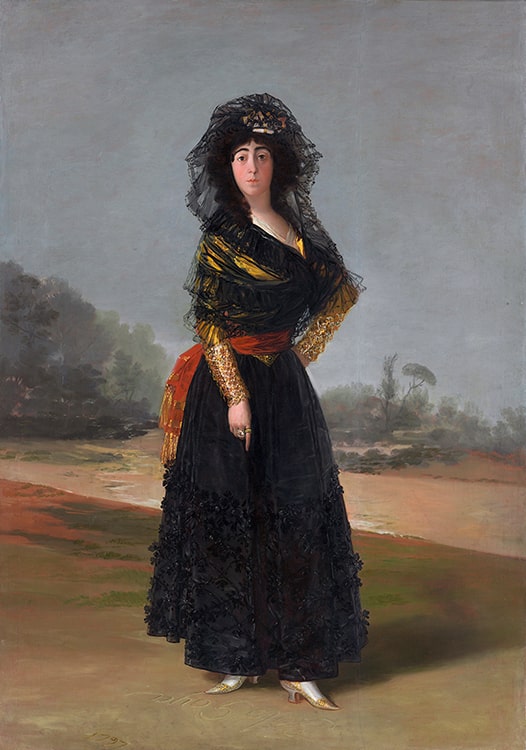 Francisco de Goya offers one of his most iconic images in this portrait of the 13th Duchess of Alba, María del Pilar Teresa Cayetana de Silva Álvarez de Toledo y Silva Bazán (1762–1802). In addition to its brilliant display of painting, its appeal consists in the mystery surrounding its creation and meaning. Born in Fuendetodos (Zaragoza), Francisco de Goya first studied with local artists in Zaragoza before continuing his studies in Madrid and Italy. When he settled in Madrid, he painted designs for the Royal Tapestry Factory and became a successful portraitist. Among his sitters number King Charles III, his brother, the Infante don Luis, aristocrats from the Osuna and Alba families and numerous ministers. Goya’s career continued to flourish under the next king, Charles IV, but his style underwent a dramatic change after he recovered from a mysterious illness contracted on a visit to Andalucía in 1792.

Not only did he develop a breathtaking technique but his subjects now included powerful and unsettling images. In part this reflects the turbulence of the times, from the horrors of Napoleon’s invasion of Spain (1808–14) to the re-establishment of the Bourbon dynasty in the person of Charles IV’s son Ferdinand VII. In fact, repression under this monarch proved so severe that Goya ultimately fled Spain and died in Bordeaux.

Goya’s portrait of the duchess must be seen in this context. The Duchess of Alba was one of the most striking figures at court in the late 18th century. When Goya visited her estate at Sanlúcar de Barrameda, near Cádiz for several months from 1796 to 1797, she was thirty-five years old, just widowed, and in the flower of her beauty. Jean-Marie-Jerôme Fleuriot, a French visitor to Madrid, declared that “the Duchess of Alba has not a single hair on her head that does not awaken desire.” Standing before what is presumably the Guadalquivir or one of its tributaries at her estate in Sanlúcar de Barrameda, the duchess is fashionably attired in the popular style of a maja from urban Madrid. Goya renders her dress with a brilliant freedom of brushwork particularly in her sleeve and mantilla that contrasts with the soft, almost transparent glazes of the landscape. Although the painter evokes the sitter and her environment vividly, the duchess stares out enigmatically.

The relation between the two has given rise to much speculation, and we will never know the details of their relationship. In his art, Goya clearly reveals that he succumbed to her charisma. Although later works suggest a subsequent disenchantment, this painting predates that moment. Written in the sand are the words, “Solo Goya” (Only Goya), while she wears rings inscribed “Alba” and “Goya.” The painting had great personal significance for the artist since he kept it in his studio long after the duchess’s death. Today, a viewer can readily understand its appeal for the artist: the work represents an outstanding example of his artistry and perhaps his finest portrait. 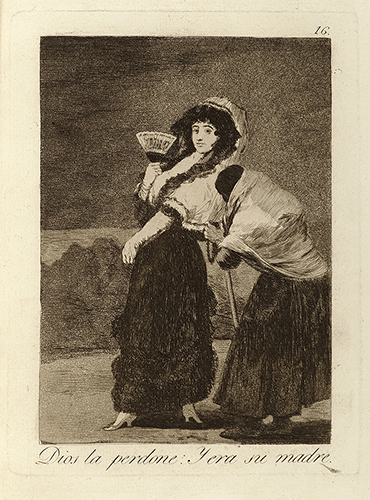 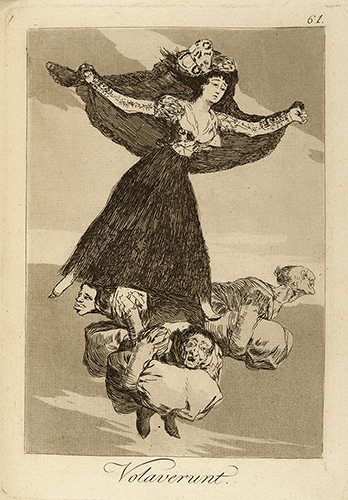 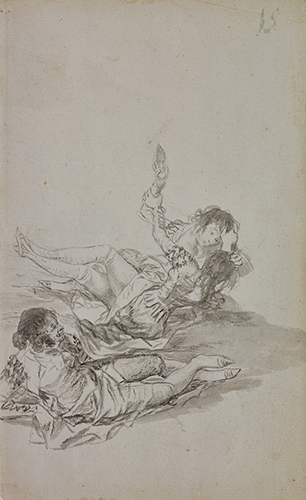