New York, The Hispanic Society of America, A295 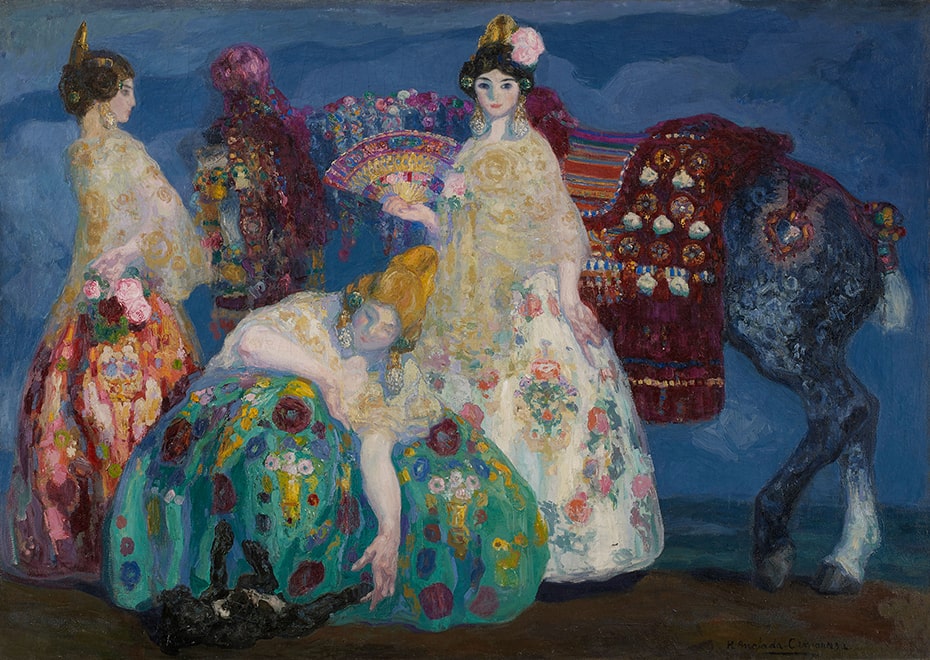 Hermenegildo, or Hermen, Anglada Camarasa was born 11 September 1871, in Barcelona, the son of a commercial artist, who was his son’s first teacher. In 1885, Anglada entered La Llotja academy (Escola de Belles Arts), studying with Modest Urgell (1839–1919). In 1894, Anglada moved to Paris, attending the Académie Julian and absorbing avant-garde influences, including international Symbolism and Art Nouveau, and eventually the work of the Fauves; he alternated stays in Paris with travels throughout Spain. From around 1904–06, after visits to Valencia, he focused on Valencian traditions. He exhibited internationally in Paris, Barcelona, Madrid, London, Venice, Rome, Buenos Aires, and Moscow, as well as in Munich, Berlin, Dresden, Cologne, and Vienna, which was associated with the central European Secession movements. Anglada based his career at Majorca from World War I, producing large murals and landscapes there until the Spanish Civil War. From 1939 to 1948, Anglada was in exile, primarily in Paris. He returned to Majorca and remained there until his death in 1959.

It was on a visit to Anglada’s studio at Paris in late 1912 that Archer M. Huntington bought Girls of Burriana, along with a drawing. We may assume that Huntington was attracted to the traditional Spanish subject matter and the luminous color harmonies and the dream-like softness of the brushwork, which combine to create such a rich decorative effect. The picture is part of a large series of similar images on Valencian themes, 1904–11, including ferias, carnivals, sundry parades, and above all falleras, or women associated with the fallas guilds at the famous Valencian March festival.

In the present case, three young women from the Valencian orange-growing suburb of Burriana and their richly caparisoned horse are posed on an extremely narrow path in front of a distant landscape, awaiting the start of a procession. Anglada has taken care to depict all the elements of the traditional fallera costume: the wide embroidered skirt ( falda), the silk lace shawl (manteleta) with gold embroidery, the combs (peinetas) and other hair adornments, and the typical hanging earrings and other jewels (aderezos).

The Hispanic Society composition shows the clear influence of Gustav Klimt (1862–1918), and it is almost certain that Anglada knew Klimt’s work, given that the Spaniard exhibited at the Vienna Secession in 1904, and alongside of Klimt in the Esposizione Internazionale in Rome in 1911, where Klimt may well have seen the Hispanic Society canvas. At the same time, Girls of Burriana, with its swirling color harmonies, looks forward to Orphic Cubism (from 1912), to the emerging nonfigurative abstraction in the works of German and Russian artists such as Vassily Kandinsky (1866–1944), and to the compositions of Anglada’s contemporary in Paris, František Kupka (1871–1957).

One final motif in the picture remains to be noted: the small black dog at lower left, the head of which projects illusionistically into the viewer’s space, adds an anecdotal touch to the genre scene and reinforces the stage-like setting. 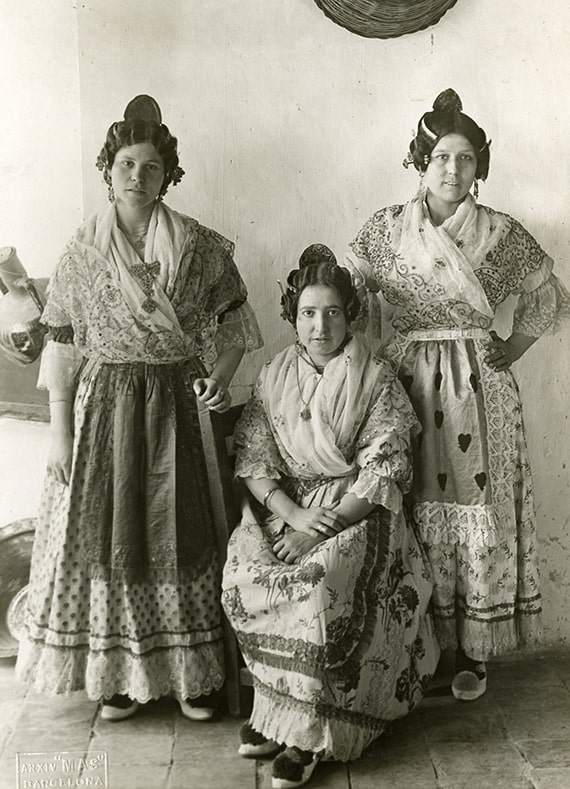 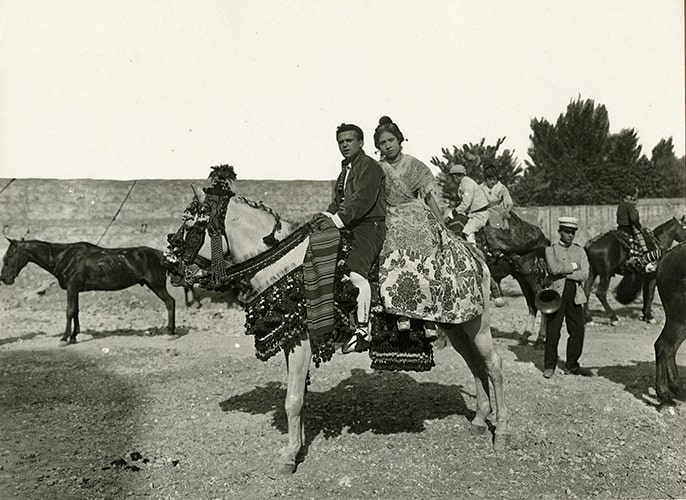 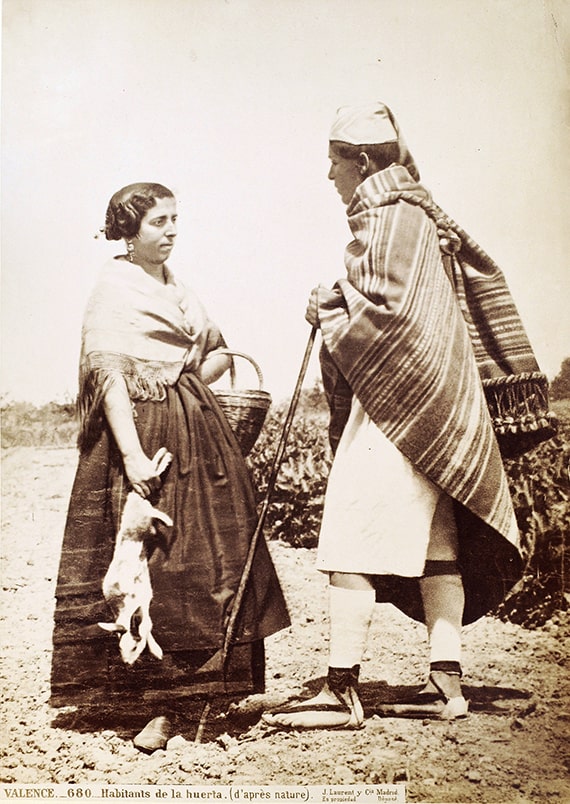