The spectacular Map of the Ucayali River depicts one of the most remote regions of Peru in the Amazonian rainforest. Prepared by Franciscan missionaries with the assistance of indigenous artists, the map graphically portrays the fauna of the Ucayali (manatee, bears, boars, jaguars, llamas, monkeys, turtles, and parrots), and the indigenous peoples in scenes of hunting and fishing, along with their inherent perils. The legend at the bottom identifies the Franciscan missions established up to 1807, the Ucayali tributaries, and the areas inhabited by the indigenous peoples: Anti (Asháninka), Cashibo, Chontaquiro, Conibo, Ipitineri, Panobo, Shetibo, and Shipibo.

Beginning in the 16th century, explorers and missionaries had entered the Amazon and its tributaries. They came with various motives: a desire to convert indigenous peoples to Christianity, to extend the reach of the Spanish Monarchy, and to enrich themselves. Both the fierceness of the tribes living there and the remoteness of the Ucayali river made such incursions difficult. The conquistador and explorer, Juan Salinas de Loyola, who was the first to reach the river (1557), left a written account of the tribes he met on his travels. Almost a century later, Jesuits and Franciscans arrived from different points, each anxious to establish a presence, but the hostility of the natives forced them to depart, with the Jesuits leaving in 1659 and the Franciscans in 1668. Both endeavored to return in the late 17th and early 18th centuries, with varying success. After the expulsion of the Jesuit Order from all territories of the Spanish Monarchy (1767) brought their activities to a definitive end, the Franciscans persisted, making a last sustained effort that began in 1790. The Hispanic Society map corresponds to this late moment of the Franciscan presence in the region.

Scholars today recognize the Jesuits for their achievements both in mapping the areas they visited and in recording the details of the cultures they contacted. Nonetheless, one should not overlook the Franciscans in this regard. The German explorer Eduard Friedrich Poeppig, who traveled through the area shortly after this map was made (1827–32), described the two orders in general terms: “The Franciscans, probably less favored by the circumstances of time, began their work almost a century later than the former [the Jesuits], but the results of their labors, although they lie in ruins, were not smaller, and today still fill us with admiration.” In fact, both orders have left an invaluable record of the indigenous societies they met, and the Hispanic Society map affords a significant visual and historical record in this regard. 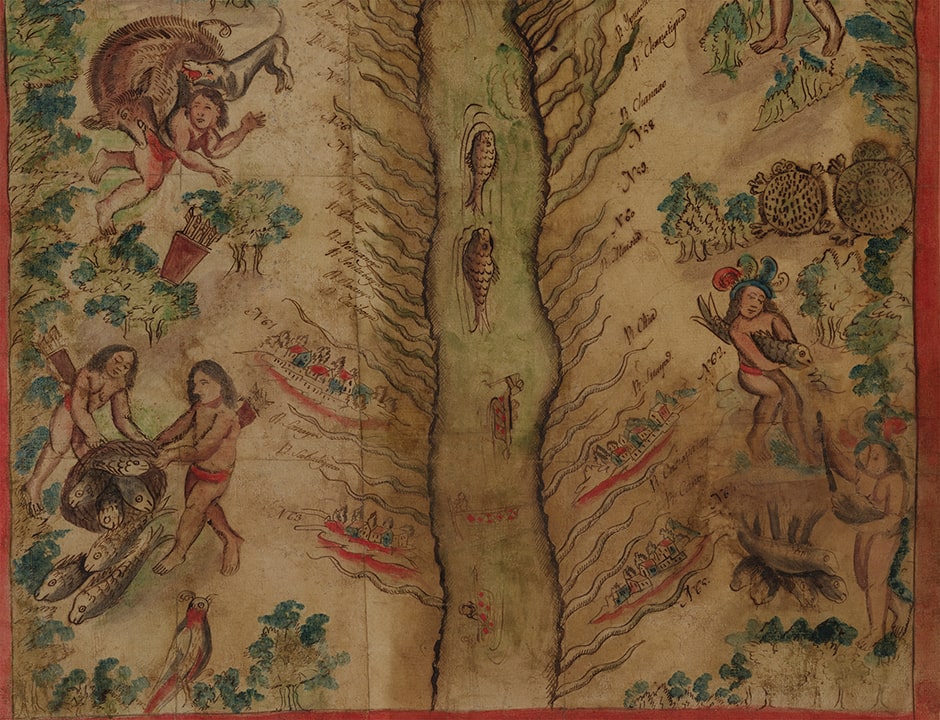 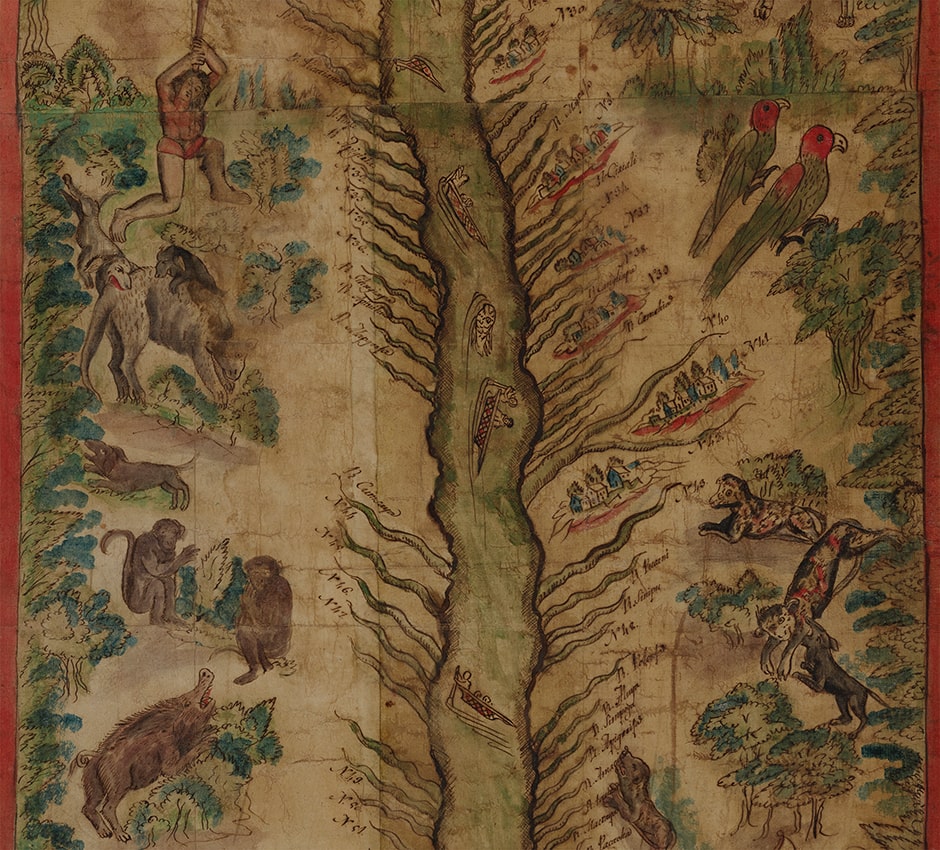 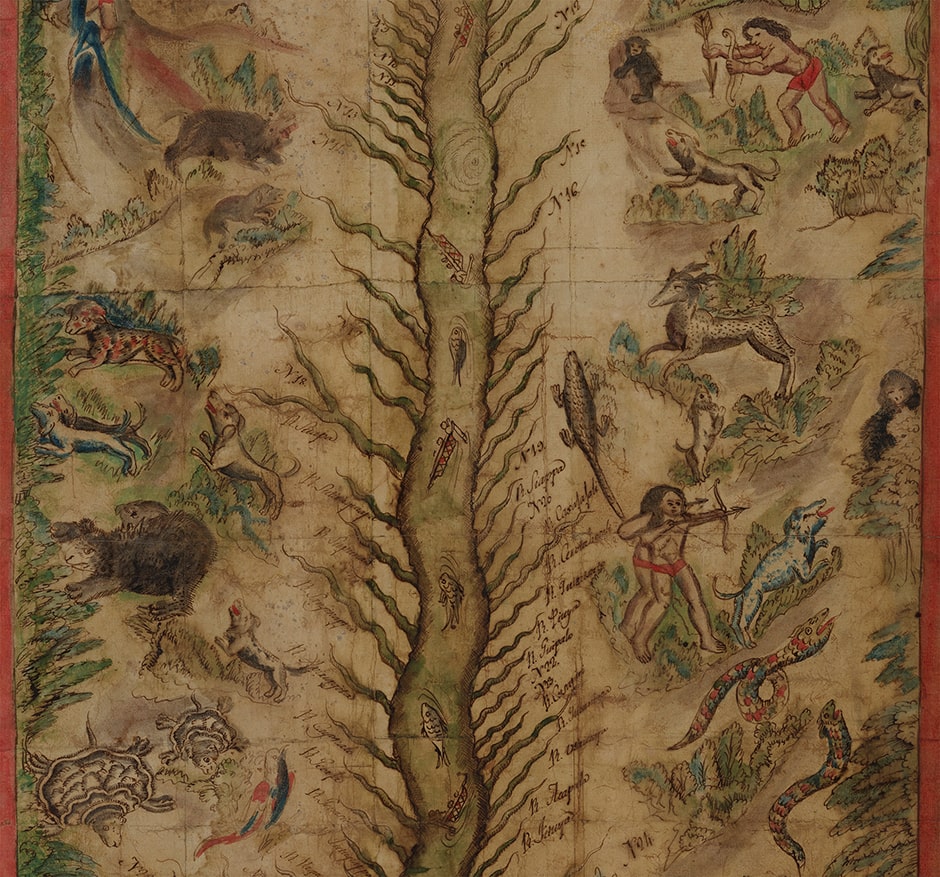