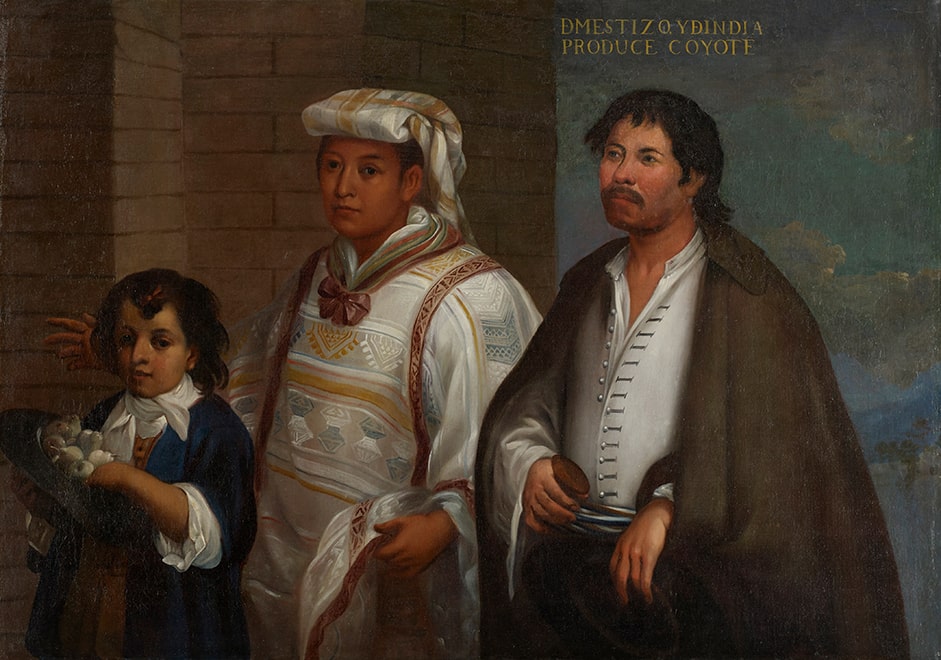 Juan Rodríguez Juárez was born in Mexico City in 1675. Like his older brother, Nicolás (1667–1734), Juan presumably received his earliest training from his father, Antonio Rodríguez (1636–1691/92). Juan’s early works show the marked influence of Antonio and Juan’s grandfather, José Juárez (1617–1661/62). Juan’s career offers a bridge from 17th-century tenebrism and subsequent Baroque art to the Rococo styles of the 18th century, fully in touch with European developments. It was his version of a Mexican national style which, in the hands of his younger associate, José de Ibarra (1688–1756) and Miguel Cabrera (1695–1768), would dominate the 18th century. Among the most interesting images to have come from viceregal Latin America were the Mexican casta paintings, depictions of the racial mixtures prevalent in viceregal society.

Originating in the first decades of the 18th century, the castas tradition continued to the end of the viceregal period, with hundreds of examples still extant today. The tradition followed popular systems of racial classification found in Spanish viceregal society. The system assigned epithets to signify each combination of racial types. Casta paintings, including the Hispanic Society canvas, were painted in series, with each racial mixture shown in the guise of a married couple with their offspring, labeled to ensure that the viewer would understand.

Rodríguez Juárez is known to have painted a series of casta paintings for his patron, the Viceroy, Fernando de Alencastre Noroña y Silva, Duke of Linares, whom he portrayed in 1717 (Mexico City, Museo Nacional de Arte, inv. 3180). The Hispanic Society painting is likely to be from this commission. Linares probably intended to take the set back to Madrid to show to King Philip V and the court, as a way to report on the realities of the New World society, but he died in Mexico City the same year Rodríguez Juárez portrayed him. Other sets were surely sent for this purpose throughout the 18th century, since the majority of extant examples are found in Europe.

In the Hispanic Society picture, the figures are silhouetted monumentally against the sky and wall behind them, progressing from right to left in a dignified manner. A mestizo man of European and Amerindian parentage has married an indigenous Mexican woman—she is dressed in a folded headdress and highly elaborate embroidered huipil, tunic. Their well-dressed son, who carries small white pears in his hat, is given the nickname of a “Coyote,” signifying this particular racial mixture. The mestizo is dressed simply but elegantly, and he holds a horn container for snuff or tobacco in his proper right hand, his hat in his left. The hand with the hat seems to be resting on something that pushes his cape up; possibly Rodríguez Juárez was suggesting that the man wears a sword, the mark of a gentleman. 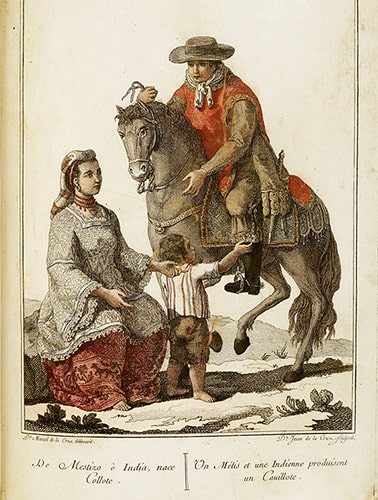 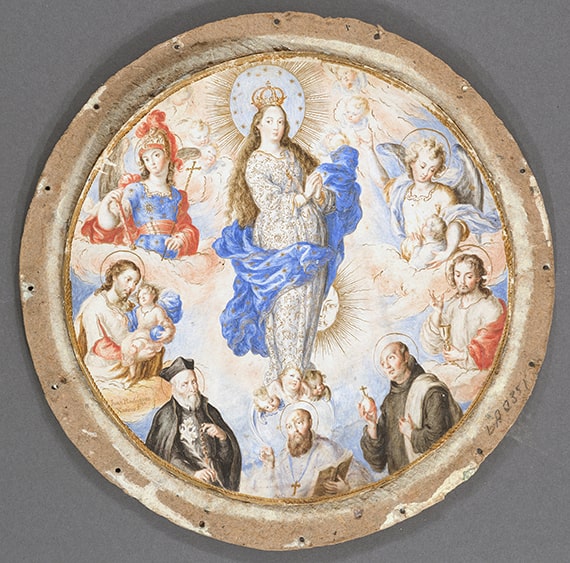 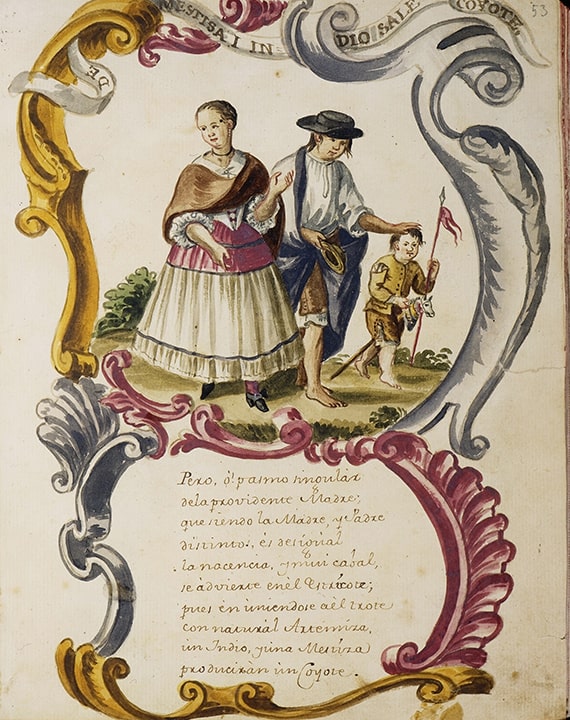