New York, The Hispanic Society of America, A74 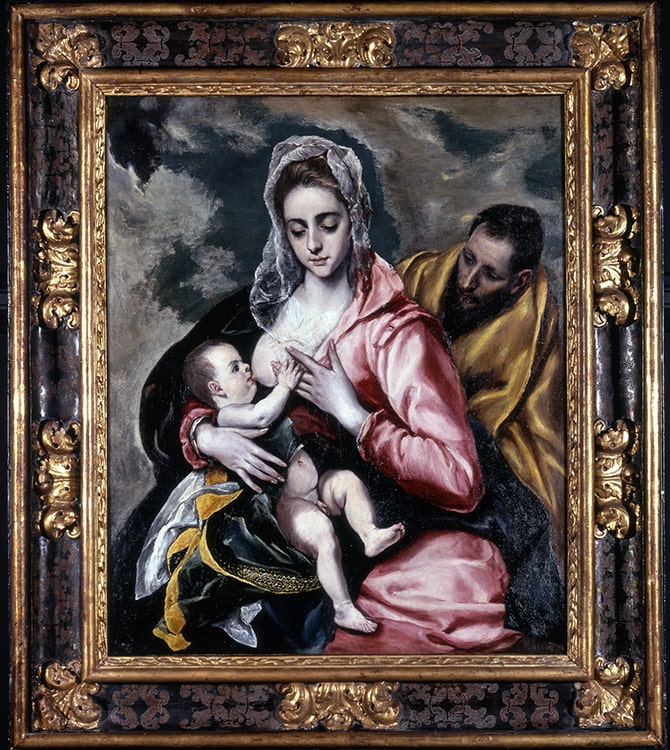 Domenikos Theotokopoulos, known as “El Greco,” was born in 1541 on the Greek island of Crete. Trained locally, he began his career creating Greek icons before moving to Venice. On his arrival, he changed his style to reflect the paintings by Titian and Tintoretto he saw there. After a few years, El Greco continued onwards to Rome and completed his artistic formation by absorbing the works of Michelangelo and the Mannerist aesthetic then prevalent. This approach, which prized elongated writhing poses rendered skillfully, proved decisive for the young artist as he developed his distinctive, attenuated figures. Because success eluded him in Italy, he moved to Spain in 1576. After initial difficulties, he settled in Toledo. The seat of a major and wealthy archdiocese, the city attracted learned clerics from all over Spain. And these figures would not only supply him with commissions for the rest of his career, but many also became lifelong friends.

In 1585, when El Greco painted the Holy Family, the Catholic Reformation was in full force. Anxious that devotional images should both teach and inspire, authorities regulated art closely so that it conveyed doctrine correctly and appropriately. Since El Greco’s patrons were fully abreast of these developments, he found himself working for a visually and theologically sophisticated clientele. Not surprisingly, the Hispanic Society painting reflects his distinctive talent as he addressed these concerns. He effortlessly combines a high-keyed palette and his characteristically elongated figures to express a quiet moment in the life of the Holy Family. Rarely, if ever, did the artist surpass the sense of tenderness achieved here.

Mary looks down lovingly at her son, while Joseph peers over her shoulder with gentle concern. Even as El Greco depicts a spontaneous moment, his canvas touches on theological points important to his patrons. Mary’s prominence evokes one of the most hotly contested questions of faith: the role of the Virgin Mary. Revered as the Mother of God and intercessor for the faithful, she appears at her most human and compassionate, nursing her infant. This action underscores her role as Mother of Christ, who in the mystery of the Incarnation is both God and Man. The figure of St. Joseph also reflects the theological thinking of El Greco’s Spanish patrons. Where artists had traditionally rendered the saint as a doddering old man, he here appears as a vigorous, mature protector of the Holy Family, an interpretation more consistent with Spanish thinking of the day. 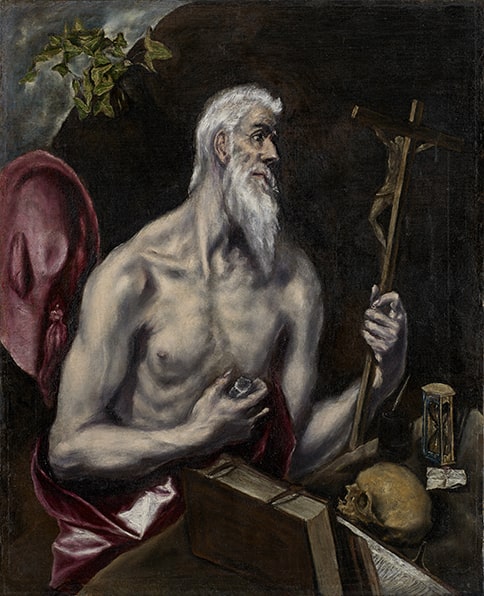 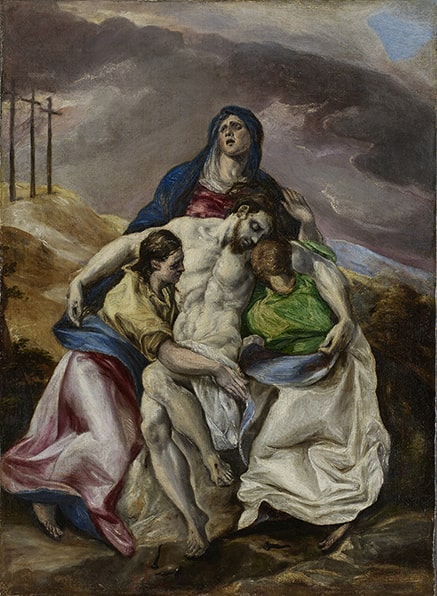 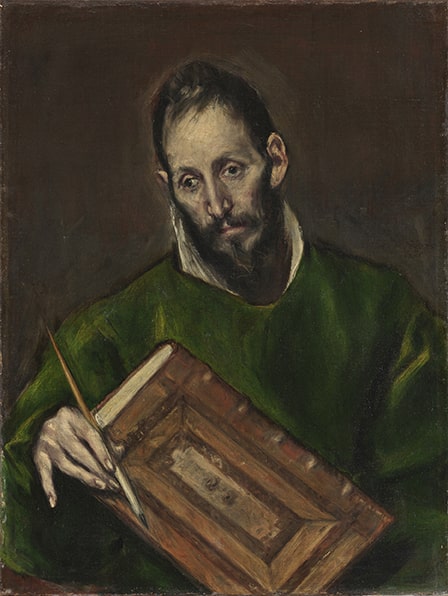