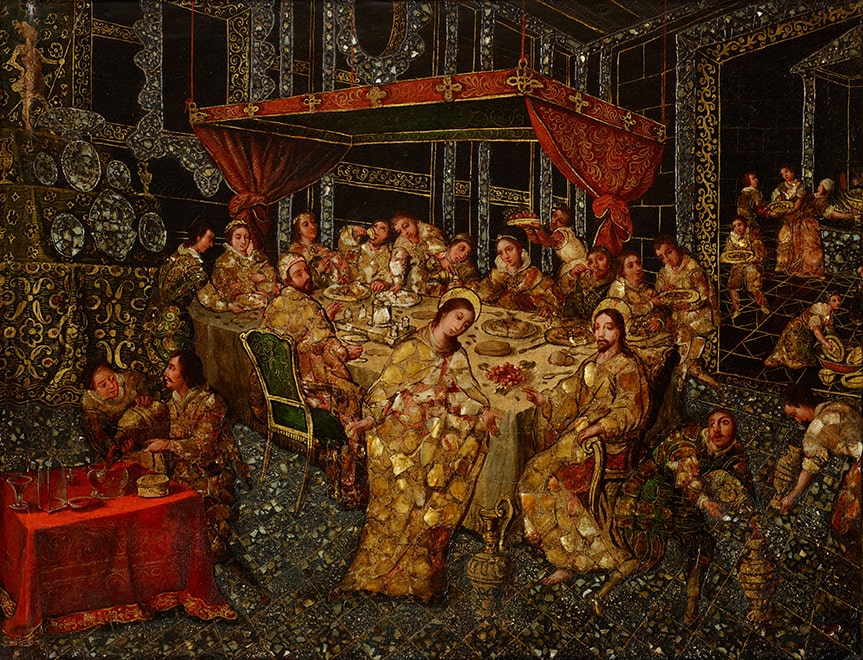 Spain’s colonies in Latin America supported fabulously wealthy upper classes. Driven by agricultural production and above all by new mining and refining technologies, the New World economic boom of the late 17th century stimulated the manufacture of the luxury consumer goods that had been staples of viceregal exports since the 16th century. These goods included specialized ceramics, feather mosaics, lacquerwares, and objects with mother-of-pearl and tortoise-shell.

In the second half of the 17th century, a new luxury form was developed, enconchados, paintings on wood panels inlaid with pieces of iridescent mother-of-pearl, bridging the gap between so-called “fine art” and the decorative arts. Inspired by Japanese Nanban lacquerwares, devotional images and historical paintings were all produced in this medium, which was also used to create large folding screens. Flat pieces of mother-of-pearl of varying size were set into a gesso of plaster and animal glue, and painted over in oil or tempera. The mother-of-pearl remained visible through the thin layers of paint and gave the work a luminous, shimmering quality. Enconchados were prized by European collectors for the exotic medium and the skill of the viceregal painters.

The Wedding at Cana is at once a lovely picture in the European tradition and a spectacular example of the arts of design. Two unusual aspects of this particular piece are the unique dark ground of the composition, clearly responding to Nanban lacquerwares, and the use of mother-of-pearl both as a surface to paint on and as a mosaic medium creating the illusion of the tiled floor, the picture frames, and other architectural elements in the composition.

The Bible (John 2:1–12) tells of Jesus and his mother, the Virgin Mary, attending a wedding in the village of Cana in Galilee. The wedding hosts have run out of wine, and Mary points this out to Jesus. After some hesitation, Jesus miraculously converts several containers of water into wine of such fine quality that the steward of the feast is surprised that it wasn’t served first. This scene of family joy and gentle humor appealed to patrons and artists. 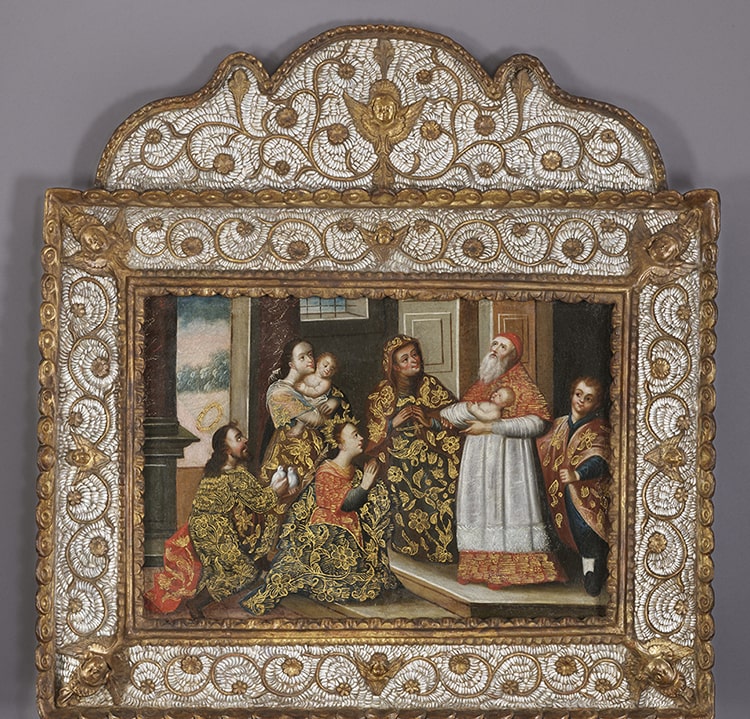 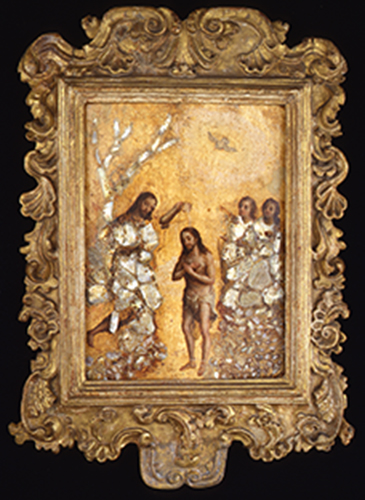 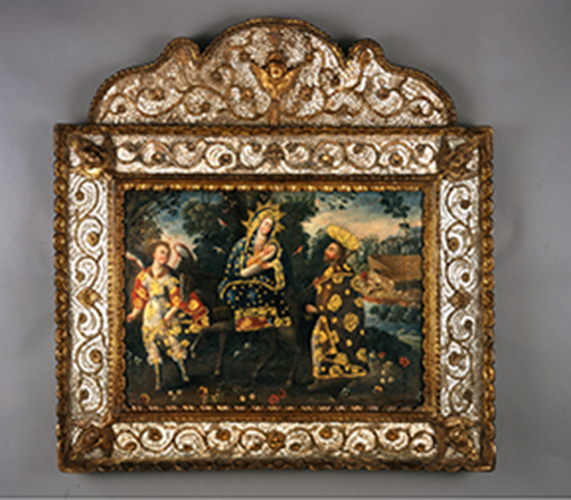