Inscribed on banderole at top: “tOta pvl/chra es amica mea / et // macvla / Originalis nO/n est inte” (Song of Songs 4:7, “my love is all beautiful, and no original spot is in [her].”) 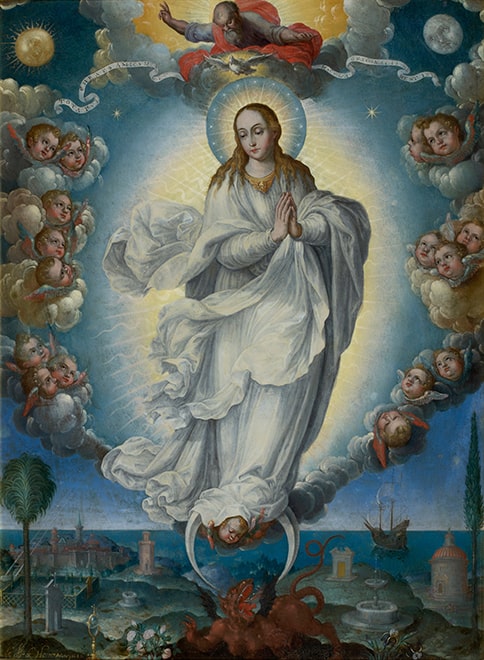 Fray Alonso López de Herrera was born in Valladolid, Spain, around 1580. In 1608, he came to Mexico in the entourage of the Dominican friar Francisco García Guerra who had been named archbishop of Mexico City and provisional viceroy of New Spain and whose portrait he painted in 1609 (Tepotzotlán, Museo Nacional del Virreinato). Active as a religious artist and church decorator, he joined the Dominican order in 1625, rising in 1646 to the dignity of Prior of the Dominicans in Zacatecas. He was still active in 1648 and may have lived until 1675.

One of the most common images in Golden Age Spain and Latin America was that of the Virgin of the Immaculate Conception. Promoted enthusiastically by the Hapsburg rulers of Spain, as well as by the Franciscans and Jesuits, the Doctrine of the Immaculate Conception was widely accepted but also opposed by important groups within the Roman Catholic Church, in particular the Dominicans, or Order of Preachers. Unlike other members of the order, Hispanic Dominicans are known to have embraced the Immaculist position. As a future Dominican leader with the special responsibilities of a creator of holy images, López de Herrera must surely have had his colleagues’ blessing. The result is a jewel-like, almost hypnotic devotional work summing up an essential element of Hispanic piety.

The Hispanic Society picture depicts the Virgin underneath God the Father and the dove of the Holy Spirit, surrounded by symbols taken from a variety of Bible passages and liturgical texts related to Marian devotions. The primary source was the Book of Revelation (Chapter 12), in which a woman appears amicta sole, “clothed with the sun.” A serpent menaces her, as she stands, according to Revelation, with “the moon under her feet, and on her head a crown of twelve stars.” The litanies, Psalms, and Song of Songs add elements such as “fair as the moon, bright as the sun”; “a rose of Sharon”; “the tower of David,” taking the form of the tower at Seville, Torre del Oro; “stately as a palm tree”; “a locked garden . . . a sealed fountain”; “a well of living water”; “stately as a cypress in Zion”; “fair as the moon, bright as the sun”; “mirror without a spot”; “star of the sea”; “the city of God”; “stairway to heaven”; “gateway to Heaven”; “temple of God” (or “of the spirit”); “safe haven”; and the sorrows of the Virgin (black irises).

The reverse of the copper plate is engraved with 55 images of saints and Jesuit theological concepts related to prints by the Wierix family of Flemish printmakers. The prints probably served as tools for Christian education, not just for the Jesuits but for all orders charged with missions and education in the New World. It is not known where the plate was engraved and printed. 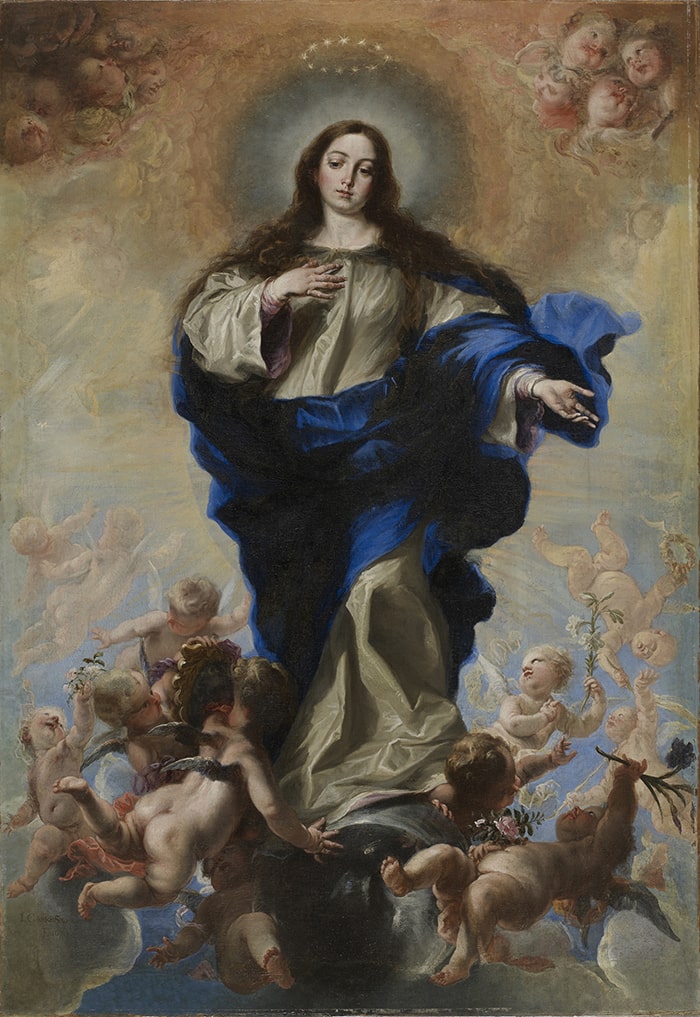 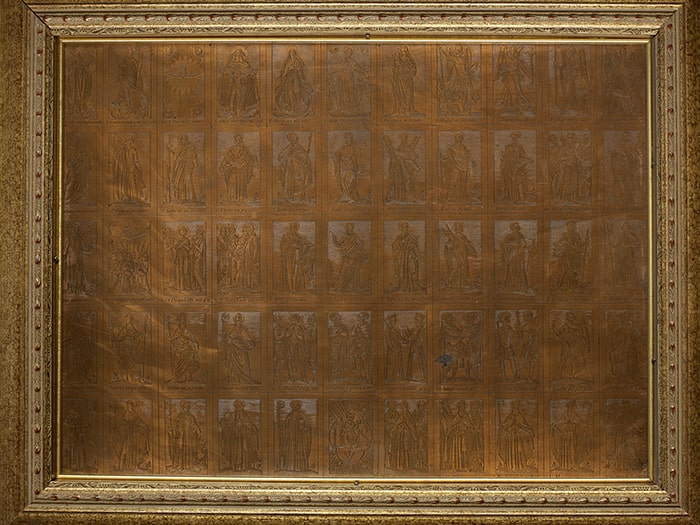 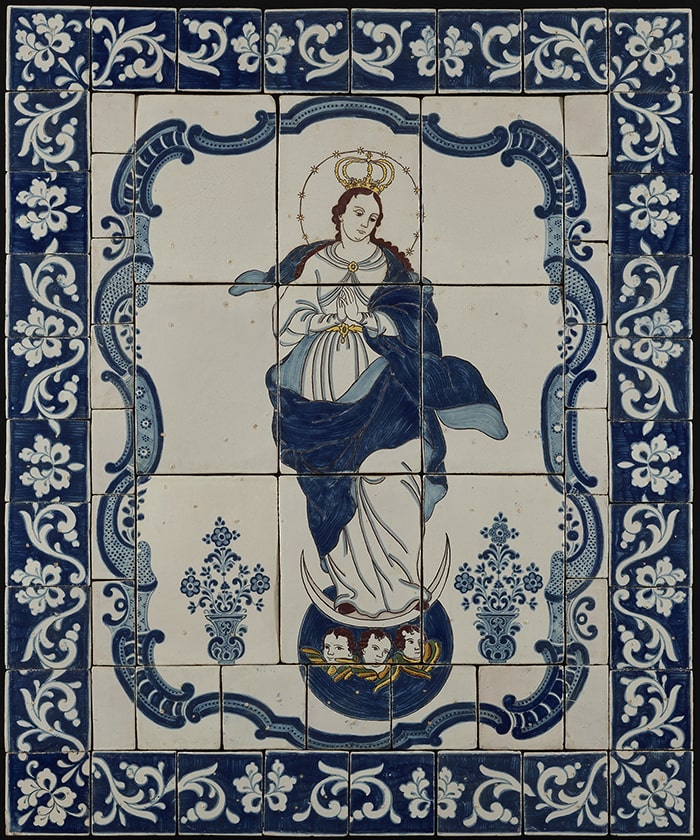