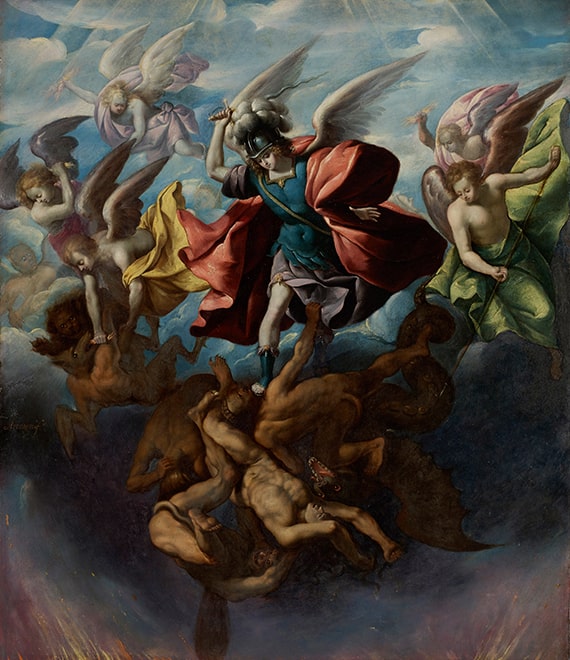 Sebastián López de Arteaga was born 15 March 1610, and trained in Seville, where he managed an atelier with as many as three apprentices from 1630 to 1638. In 1638, he moved to Cádiz, and in 1640, he emigrated to Mexico in the fleet of the newly appointed viceroy, Diego López Pacheco, Marquis of Villena. Arteaga is best-known as one of the artists bringing the tenebrist-naturalist school of early Baroque painting, originally under the influence of the Italian master, Caravaggio (Michelangelo Merisi, 1571–1610), from Seville to the New World, as seen in his Doubting Thomas (ca. 1643, Mexico City, Museo Nacional de Arte, inv. 3129). His works after 1643 show a progression towards more ambient lighting schemes and include landscape backgrounds. In 1652, Arteaga, who seems to have had a combative personality, died of wounds suffered in a sword duel.

This large painting on copper of Saint Michael—one of the three largest paintings on copper that have been documented—shows an entirely different aspect to Arteaga’s work than the Caravaggesque works of his early career. Painted on a blue ochre ground instead of the usual dark red or brown grounds normally found in 17th-century painting, it offers a more ambient lighting scheme and overtly High Baroque composition. While the figure of Saint Michael and the upper part of the composition are largely Arteaga’s invention, the painter based the knot of defeated angels, already turning into demons, on a widely distributed engraving of ca. 1621 by Lucas Vorsterman (1595–1675), dedicated to King Philip IV of Spain. The print was after a now-lost painting of ca. 1619, Saint Michael Striking Down the Rebel Angels, by the Flemish Baroque master, Peter Paul Rubens (1577–1640) [See Lucas Vorsterman, Washington D.C. National Gallery of Art, 1978.29.4]. Arteaga apparently took a number of prints with him to Mexico to serve as sources for inspiration, as evidenced by his The Stigmatization of St. Francis (1650, Museum of Basilica of Guadalupe), also based on the Vorsterman engraving of 1621 after Rubens.

The subject of the print is taken from the Biblical Book of Revelation (12:7–9), in which a “war broke out in heaven; Michael and his angels fought against the dragon. The dragon and his angels fought back, but they were defeated, and there was no longer any place for them in heaven. The great dragon was thrown down . . . and his angels were thrown down with him.” The cult of angels, especially the Archangels Michael, Gabriel, and Raphael, was fervently embraced in the 17th century, and nowhere more than in Mexico.

Arteaga painted at least one other image of a miracle of Saint Michael, The Miracle of the Bull (ca. 1650, Denver Art Museum, inv. 1994.27), which also tempers Caravaggesque lighting on the main figures with a more ambient lighting scheme and a softer palette. Given the stylistic progression from the Doubting Thomas to the Denver composition, the Hispanic Society canvas should be dated after the latter, to the last years of Arteaga’s life, 1650–52. 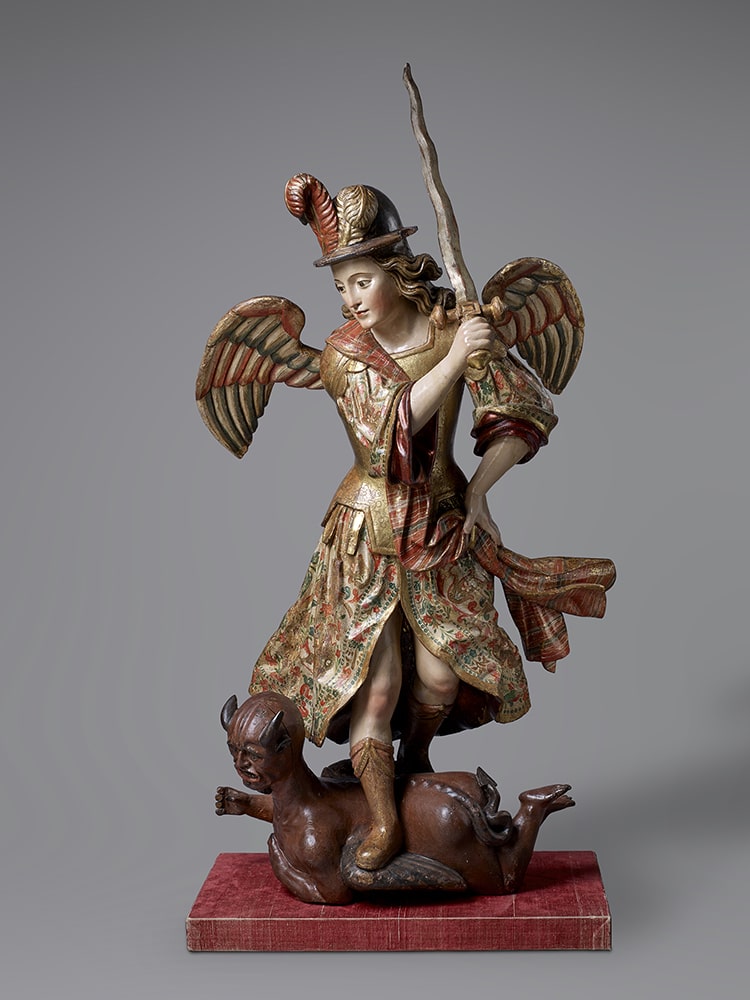 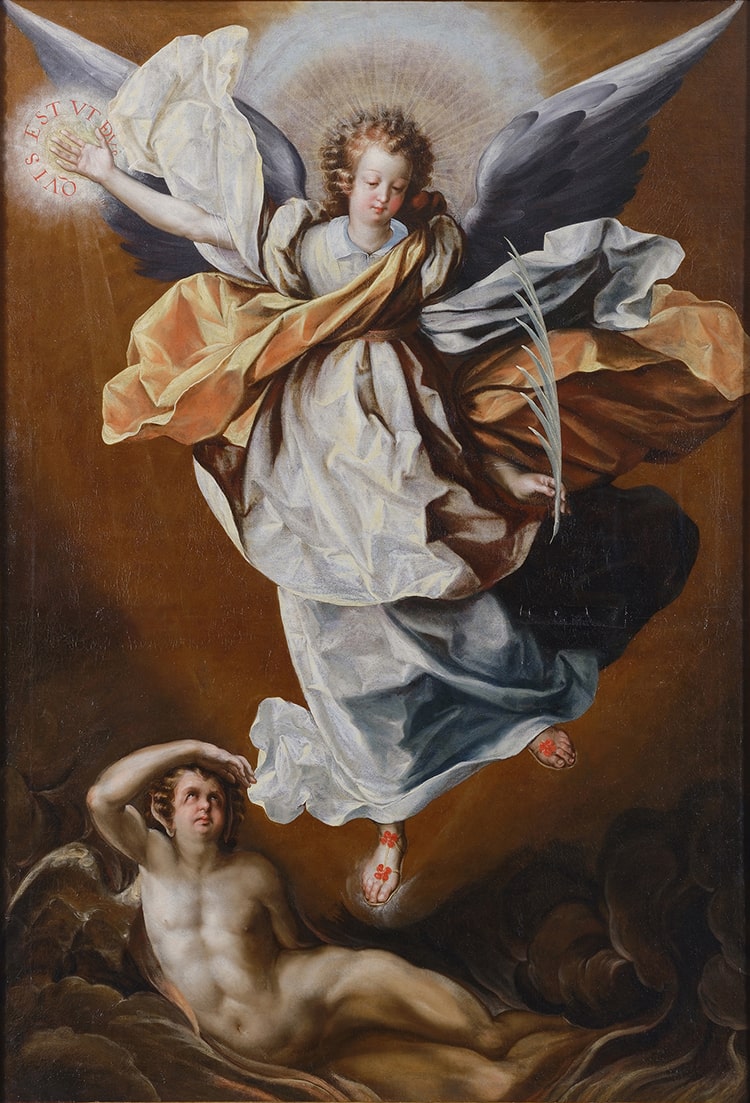